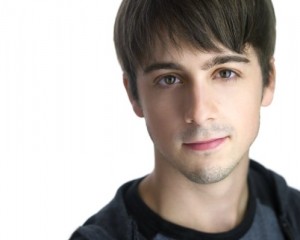 Matt Bush has had a busy year so far in 2012 working on films like “HIGH School” & “Piranha 3DD”. Media Mikes had a chance to chat with Matt about those films and also what he has planned next.

Mike Gencarelli: How was it working with such a great cast like Adrien Brody, Michael Chiklis and Colin Hanks on “HIGH School”?
Matt Bush: These are great guys. These are people I respect. It was great getting to act and have fun with them. It was overall such a great experience. It was an education that I couldn’t get anywhere else.

MG: What was your biggest challenge on this project?
MB: We shot it a couple of years ago, and at the time it was the first film where I had the lead. It was certainly a lot more responsibility. When you are in that role you have to take on more of a 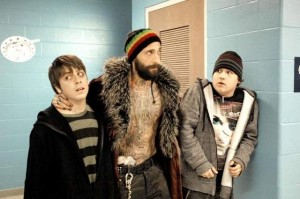 leadership role. So I wouldn’t necessilarily call it a challenge but it was new experience and was fun. I am grateful it was my first.

MG: Was the 3D a difficulty at all during shooting?
MB: No, really it wasn’t. You would think so since you have a whole other dimension to worry about. It was just a larger rig with two lenses next to each other. There were certain things you have to keep in mind when shooting. One day wanted to showcase the trident/trash picker as a 3D effect, like it was coming ot the camera. So they asked me to throw it literally at the camer…but don’t hit the camera. [laughs] I didn’t have trident through class during gym class. So I did my best. For the most part it was like a regular shoot.

MG: What else do you have in the cards upcoming?
MB: I got an indie called “The Kitchen”. We just had our premiere at the 2012 Gen Art Film Festival. I am actually very proud of that. I got a film called “Trouble with the Curve”, which is Clint Eastwood’s newest film. I have a small role but it was an amazing experience to work with such a legend. I am really grateful for that.