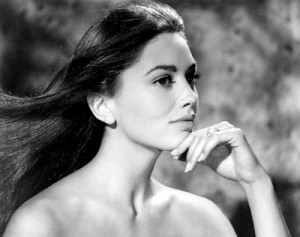 I recently had the privilege of sitting down with actress Linda Harrison. Ms. Harrison is best known in the Pop Culture world for her work in the first two Planet of the Apes films as well as Ron Howard’s Cocoon and its sequel. She is also a fountain of behind-the-scenes knowledge thanks to her marriage to Oscar-winning producer Richard Zanuck. Ms. Harrison was also originally slated to play the role of the police chief’s wife in Jaws. As Mr. Zanuck relates on the extended behind-the-scenes version found on the Jaws boxed laser disc set, Ms. Harrison was offered the role. However, Universal Studios president Sid Shienberg had offered the part to his wife, actress Lorraine Gary. According to Mr. Zanuck, to smooth things out, Shienberg picked up the telephone and called the producer of the upcoming film Airport 1975, William Frye. “Bill,” Shienberg said, “you’ve got another passenger on your airplane.”

Born in Maryland, Ms. Harrison was the first runner-up in the 1965 Miss USA pageant. In November of that year, she signed a seven year deal with 20th Century Fox. Her television debut came in back-to-back episodes of Batman in 1966. She was then cast as Nova in Planet of the Apes and its sequel, Beneath the Planet of the Apes. She has also appeared in the above-mentioned Airport 1975 (she is billed as “Augusta Summerland”), Cocoon, Cocoon: the Return, and had a cameo in Tim Burton’s updated version of Planet of the Apes.

Now divorced from Zanuck, she is the proud mother of two sons, Harrison Zanuck and Dean 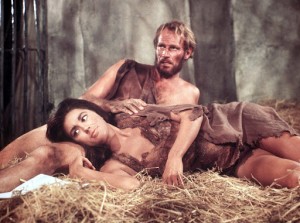 Zanuck, who both work in the film industry. Interested fans are encouraged to check out her web site, www.LindaHarrison.com. Still as strikingly beautiful in person, Ms. Harrison sat down with me at the recent Planet Comicon in Kansas City.

Mike Smith: It’s been our four decades since the original Planet of the Apes was released. Did you ever think while filming that you were creating something that would be, and still is, regarded as a true classic?
Linda Harrison: I think somewhere in my mind I may have thought that. I saw it as an unusual film and went on from there to do other things.

MS: Including the recent Apes film, in which both you and Charlton Heston have a cameo, you’ve appeared in 6 major films. Heston is in 4 of them. Coincidence?
LH: I know. It’s just incredible how much I’ve worked with him. Things just seem to fall that way.

MS: If Beneath the Planet of the Apes had ended on a happy note, with everyone alive, who do you think Nova would have ended up with: Taylor (Heston) or Brent (James Franciscus)?
LH: Taylor! (laughs) No hesitation!

MS: Are there any outtakes of you laughing hysterically when Heston goes into his “you maniacs!” speech at the end of Planet of the Apes?
LH: (laughs) No, I don’t think I laughed hysterically. It was a pretty, I won’t say somber set, but we were dealing in new territory that had never been done on film. So everybody was really at attention, wondering what the next shot was going to be. It was pretty unusual to be sitting there with apes!

MS: My favorite film is Jaws. I was so taken by the film and the performances that I ended up starting Roy Scheider’s official fan club and helped run Richard Dreyfuss’s. Had Sid Sheinberg not outranked Dick Zanuck, you would have been bombarded with mail from me YEARS ago! Did you know from reading the script that Jaws was 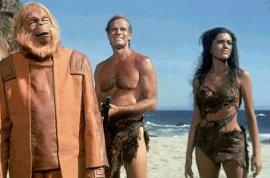 going to be special?
LH: I remember when Dick was reading the galleys (which is basically the book before it’s published) that he had a really great instinct that this would be a great picture. He knew it would be tough trying to make a 25 foot shark, but he pulled it off. It’s that really classic horror film that still surprises and scares you (mimics a shriek) when you’re not expecting it.

MS: Please tell me that had you done Jaws you would have passed on Jaws: the Revenge?
LH: Oh, sure!

MS: So, what are you doing now?
LH: Actually I’m now what they call a convention celebrity. I try to do one show a month, some do more. I’m also concentrating on my web site.

MS: Are the fans very receptive?
LH: Very. More then I ever imagined.