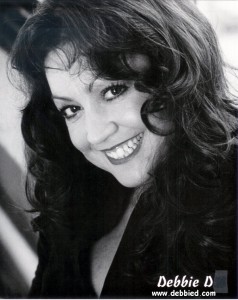 Debbie D is know as “The Ultimate Fantasy Queen”. She recently co-star in the independent film called “Supernaturalz”. Debbie D also has her own line of videos produced through New Faces Productions, which also produces her custom video work. Media Mikes had a chance to chat with Debbie about the film and what she has planned for 2012.

Mike Gencarelli: Tell us about your role in “Supernaturalz”?
Debbie D: When I read the script to “Supernaturalz” I loved it!! We shot in and around an old mansion in Long Island and it seemed like it was made for this movie. One of my favorite movies to film so far!

MG: What drew you on to this project?
DD: I was drawn to the project because of the story and the people involved. Good talented people make good movies. I was right since it ended up being a lot of fun to make.

MG: Tell us about working with director Kevin Sean Michaels again, after “Vampira: The Movie”?
DD: Working with Sean Michael’s is always such a good place to be. He is very laid back which allows you to bring what you in vision to the character. His calm ways and bright smile makes everything seem like it’s carefree and the magic of movie making simply flows. The writer Ben Paris was also on the set. Very encouraging when that much creative energy is right 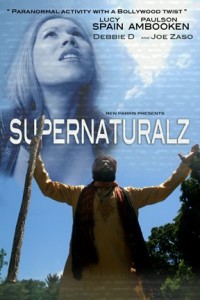 there as this is all coming together.

MG: You are known for your work in the horror genre, what do you enjoy most working on these films?
DD: I have to say I got really lucky in this business of horror movie making. I was plucked out from a magazine I was a model in and have not stopped working yet. I would have to say I love the travel. The excitement to become each character I do. To transform. It’s one of the coolest jobs there is!!

MG: Tell us about you have planned upcoming?
DD: The calendar books up all year. I am most fortunate to love what I do and to be doing it!! My web site: www.DebbieD.com, I try to keep people posted there. I also do custom work for those who wish to see their short story’s come to life.