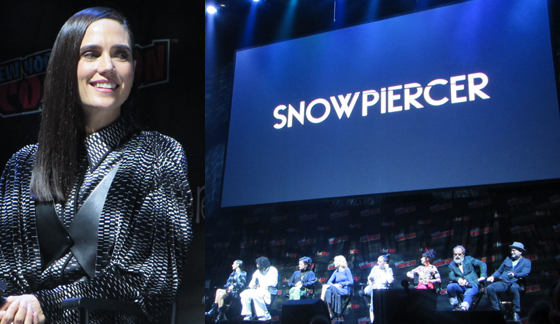 Fans of classic rock and soul can now own the legendary concert film “T.A.M.I. Show” along with its long -lost and much requested follow up “The Big T.N.T Show” which is being released via Shout Factory on December 2nd. The two films are available together in standard DVD and High Definition Blu-Ray and will both come packaged with a special 36 page booklet containing rare photos and detailed essays written by Don Waller.

If the music of the mid 1960’s is your thing then the great folks over at Shout Factory have a stellar two disc package for you. The “T.A.M.I. Show and The Big T.N.T Show” will be available just in time for Christmas and will a welcome gift under the tree of any music fan. Together all on two disc watchers are treated to classic performances by the likes of The Rolling Stones, The Beach Boys and Ray Charles to name just a few. Mastered from a new High Definition transfer the show looks and sounds amazing No-where else will you be able to see such early footage from acts that would go on to define a generation. Not only do you get to see the likes of Chuck Berry and many others but they are back by none other than “The Wrecking Crew” one of if not these best studio/backing band every assembled!

From beginning to end the “T.A.M.I. Show and The Big T.N.T Show” collection is a hit. Not only are the performances spot on but so is the audio and video as well. After all the decorations and excitement of the holidays are gone these films will be a great thing to put on and enjoy some peace and quiet with the family as they will instantly transport you back to a generation and world that unknowingly was on the cusp of great change.

“T.A.M.I. Show” Performances
David McCallum- (I Can’t Get No) Satisfaction (instrumental
Ray Charles- What’d I Say
Petula Clark- Downtown
The Lovin’ Spoonful- Do You Believe in Magic, You Didn’t Have To Be So Nice
Bo Diddley- Hey Bo Diddley, Bo Diddley
Joan Baez- 500 Miles, There But For Fortune
Ray Charles- Georgia On My Mind, Let the Good Times Roll
Joan Baez w. Phil Spector- You’ve Lost That Loving Feeling
The Ronettes- Be My Baby, Shout
Roger Miller- Dang Me, Engine Engine #9, King of the Road, England Swings
The Byrds- Turn!Turn!Turn!(To Everything There is a Season), The Bells of Rhymney, Mr. Tambourine Man

The Big T.N.T Show” Performances
Jan and Dean- 9Here They Come) From All Over the World
Chuck Berry- Johnny B. Goode, Maybelle
Gerry and the Peacemakers, Don’t Let the Sun Catch You Crying, It’s Gonna Be Alright
Chuck Berry- Nadine
Gerry and the Peacemakers- Like It
Smokey Robinson and the Miracles- That’s What Love is Made Of, You’ve Really Got a Hold on Me, Mickey’s Monkey
Marvin Gaye- Stubborn Kind of Fellow, Pride and Joy, Can I Get a Witness, Hitch Hike
Lesley Gore- Maybe I Know, You Don’t Own Me, You Didn’t Look Around, Hey Now, It’s My Party, Judy’s Turn to Cry
Jan and Dean- The Little Old Lady (From Pasadena) Sidewalk Surfin
The Beach Boys- Surfin’ USA, I Get Around 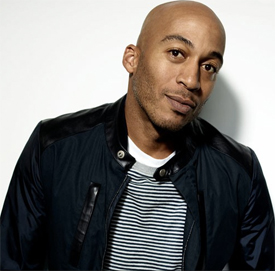 James Lesure appears in TBS’s new comedy series “Men at Work”.  The series was created by Breckin Meyer and James co-stars along with Danny Masterson, Michael Cassidy and Adam Busch.  Media Mikes had a chance to chat with James about what we can expect from this new show.

Mike Gencarelli: What drew you to the TBS’ new series “Men at Work”?
James Lesure: The script, written by Breckin Meyer. Once I got the pilot, I responded and said I wanted to be apart of it. I have known Breckin for years but really only athletically. We played basketball together for years. I had know idea he could write so well. I am a big fan of his work as an actor and now also as a writer.

JL: What do you like most about it, Mike?
MG: Honestly, I like the dynamic between the guys. You guys all play off each other. This show really works well with that.

MG: You’ve worked on many TV series like “Las Vegas” and “Mr. Sunshine”, how does a show like this compare?
JL: Right now, I would have to say the speed we do it. Currently we are filming in front of a live audience, so its like we are putting on a play each week. We get the script and then get about three days to put it down. So that is a bit of an adjustment for me.

MG: You seem to have natural comedic timing, how do you prepare for the role?
JL: Mike, listen keep the compliments coming because I appreciate them [laughs]. I have to give a lot of credit to the writers. When I get the scripts, they just make me laugh and that is a good sign. It is up to us then to just take the words make it deeper and better. So, that is my goal.

MG: Any room for improv throughout shooting?
JL: They let us fly off, here and there, with an ad lib and I appreciate that. The producers are open for us to be collaberative. It is a special kind of work environment we have. I just hope we can do some great things with it and do it for a while.

MG: What has been your highlight on the show so far this season?
JL:  It’s been working with this cast, Adam Busch, Danny Masterson and Michael Cassidy. They make me laugh on and off the set. It’s kind of nice to have that geniue chemistry and respect. I respect them and really enjoy what they are doing. I also have to give a shout out to TBS and Sony because they have been treating us very well. Thus far the whole experience has been very great.

MG: What else can we expect from season one?
JL: I know we got an episode about a special toliet [laughs]. They are blending together right now. But let me just tell you that everytime I read a new script, I’ve been laughing so hopefully that will carry over to the viewers. 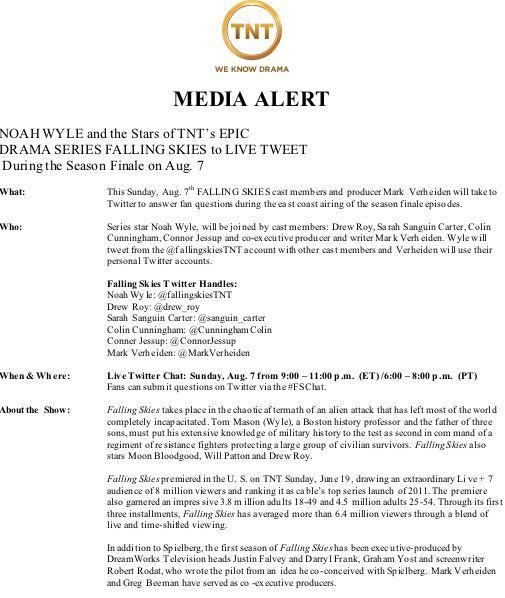 TNT has summoned Franklin & Bash back to the stand for a second season of the hit legal drama starring Mark-Paul Gosselaar and Breckin Meyer. Currently airing Wednesdays at 9 p.m. (ET/PT), Franklin & Bash ranks as one of basic cable’s top new series of the summer. Franklin & Bash is produced by Four Sycamore Productions, Left Coast Productions and FanFare Productions in association with Sony Pictures Television, with Jamie Tarses, Kevin Falls and Bill Chais serving as executive producers. TNT has ordered 10 episodes for the second season.

“This summer, Franklin & Bash has broken out as a hugely entertaining series with great characters, sharp writing and a terrific cast,” said Michael Wright, executive vice president, head of programming, for TNT, TBS and Turner Classic Movies. “We’re thrilled that the show has drawn such a remarkably strong following and look forward to bringing it back next summer.”

Since premiering on June 1, Franklin & Bash has drawn 3.9 million viewers in Live + 7, ranking it among basic cable’s Top 5 new series for the summer-to-date. The series is averaging an outstanding 1.8 million adults 18-49 and adults 25-54. Franklin & Bash scores a significant number of viewers through time-shifted viewing, including a boost of well over 50% among key adult demos.