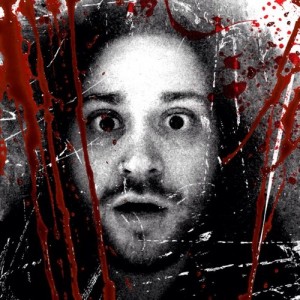 Jason Christopher is the writer/director of the 70/80’s slasher inspired “Nobody Gets Out Alive”. The film is in-your-face and will leave hardcore horror fans very happy. Media Mikes had a chance to chat with Jason to chat about the film and what he has planned next.

Mike Gencarelli: You handled everything from editing to producer to writer and directing “Nobody Gets Out Alive”, tell us about the origin of this project?
Jason Christopher: The flick came about with my producer and I making a small no budget movie. We made this movie where we were the only crew and hired three actors and had a solid story. With no budget the movie didn’t turn out how we really wanted it to but we screened it sold out in 45 min and turned away 200 people. That’s when my producer was like, “lets get a real budget and make a real movie, what other scripts you got?” I wrote “NGOA” when I was 17 years old. Always wanted to write a slasher flick paying homage to the flicks I loved. It wasn’t until my Dad passed away randomly that I actually sat down and wrote it. I had a lot of hate and anger wrapped in my head from the incident so it motivated me to make the Hunter Isth character. We got 36k bucks and made the movie.

MG: Out of all those tasks which was the most challenging for you?
JC: I consider myself a director and editor. I like writing but I’m not a good writer, I’ll admit. I have more of a vision with my eye through a camera than I do with my hands on a laptop writing. I do the fun side of producing, putting things together. My producer does the money and business side of things. That’s just not my thing. But with writing it’s a draft of your story, directing you’re seeing the story come to life and another draft, and editing is the final draft to me.

MG: The gore in the film is solid and doesn’t cut away; I commend you for not being afraid to offend!
JC: My Dad always told me to make something controversial. I did a lot in “NGOA” by trying to be unique with the kills. There’s a lot more I wanted to show but I didn’t. Was thinking of how a distributor would feel because I definitely didn’t want the movie to sit on a shelf and never get picked up. After seeing “A Serbian Film” I was like, “damn this dude really didn’t care”. Love that flick for that reason.

MG: Do you recall what was the film’s final body count?
I think there’s a total of eight on screen. In earlier drafts there were a bunch more but I took them out due to not having money in the budget. *Spoiler* Originally the two convenience store victims weren’t supposed to be in but after a few cuts of the movie we decided to go back and put them in.

MG: How did Clint Howard get involved with the film?
JC: My producer set that one up. We had enough money to get a small cameo in the flick. We were tossing around names and I randomly said, “Clint Howard!” He took it and ran with it and set the whole thing up. Clint was great, he’s such a smart-cool dude.

MG: What do you have line-up next?
JC: This script I wrote titled, “Monsters Within”. I really can’t say much, don’t even know if I’m allowed to announce the movie title but whatever. It’s what I’m definitely working on getting off the ground. Money is always a bitch and we’re definitely aiming way high for the budget. Got a great name for the lead attached and I’m so excited for this movie. It’s everywhere – sci-fi, horror, slasher, mystery. It’s pretty cool.