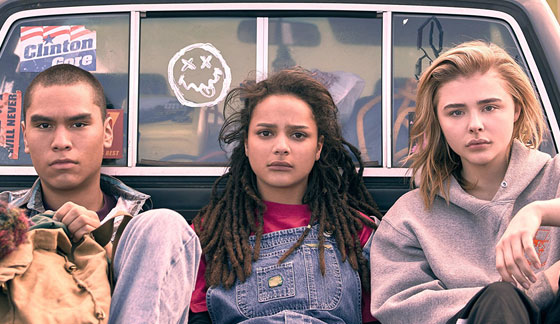 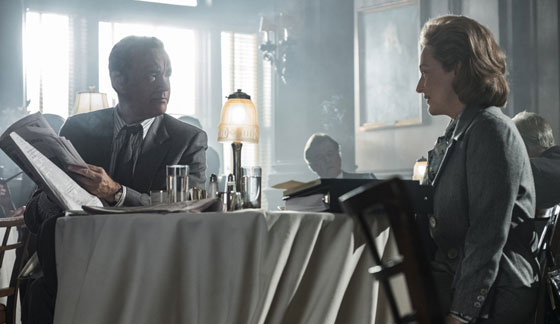 They were called The Pentagon Papers, an analysis of the almost 30-year history of the United States’ involvement in Vietnam which did not paint a rosy picture for a war that would eventually take the lives of nearly 60,000 Americans.  Their impact, not only on how the war was perceived but in how the press was regarded, is the story of Steven Spielberg’s latest film, “The Post.”

Passengers on a government jet observe a young man chatting with current Secretary of Defense Robert McNamara (Bruce Greenwood). “Who’s that,” someone asks, unaware that the subject of his question will one day set in motion a series of events that, in today’s cycle of “fake news,” will open eyes to the power of the press.  The young man in question is Daniel Ellsberg (Matthew Rhys).  Unhappy with what he has observed and been told, the military analyst leaks a series of reports commissioned by the Rand Corporation to the New York Times, which in 1971 begins to publish excerpts.  Outraged by this, President Nixon orders government attorneys to file a suit forcing the paper to stop publishing the papers in the interest of national security.

In Washington D.C., Ben Bradlee (Hanks), editor of The Washington Post, is upset.  Once again, the Times has scooped him.  This is such a common occurrence that Bradlee brandishes a copy of the Times and asks his reporters “anyone else tired of reading the news?”  The Post is owned by Katherine Graham (Streep), a D.C. socialite whose grandfather had owned the Post and who inherited the publisher’s mantle when her husband, Phillip, committed suicide.  She is wary of Bradlee’s plans.  Not only is there a chance that publishing the information will put her in jail – “Wouldn’t you go to prison to stop this war,” Bradlee asks – but she also risks alienating some of her closest friends, including Bob McNamara.  Decisions, decisions.

A film that packs a powerful punch, “The Post” joins “All the President’s Men” and “Spotlight” as films that show the true power of the press in the face of adversity.  Hanks has fun as the tough but compassionate Bradlee and Streep adds another outstanding performance to her already amazing resume’.  The supporting cast is just as strong, with fine turns by Odenkirk, Carrie Coon, Sarah Paulson, Jesse Plemons and Tracy Letts.  Even Richard Milhouse Nixon gets raves as the evil Wizard who thinks he can rule the Emerald City, and this country, anyway he deems fit.  Rather than employ an actor to portray our 37th President, Spielberg uses Nixon’s actual words and voice, through taped telephone conversations, to show what a devious and paranoid man the President was.

Spielberg keeps the story moving and, as with all of his films, the technical aspects are first rate.  And add another magnificent John Williams score to perfectly accompany the story. 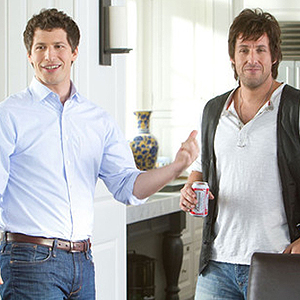 Media Mikes’ Mike Smith recently commented on Adam Sandler’s streak of bad luck in an article on E! Online. Smith stated: “A lot of his fans grew up, and forget how funny stupid is sometimes”