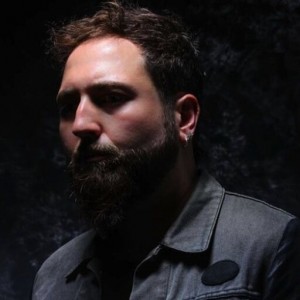 Monte Pittman is an accomplished solo artist/guitarist who has played with everyone from Adam Lambert and Prong to being a part of Madonna’s touring band since 2001. Monte’s newest solo titled “The Power of Three” is melding of styles which were produced by legendary heavy metal producer Flemming Rasmussen. Media Mikes had the chance to speak with Monte recently about the new album and how he diversifies his playing style.

Adam Lawton: What was it that first inspired you to pick up the guitar?
Monte Pittman: The first thing that sparked it all was being 3 years old and discovering my sister’s Kiss records. I’ve wanted to play music since I can remember. I don’t recall ever wanting to do anything else. When I was 13, I finally got my first guitar. A year later I started taking lessons with the best guitar teacher in the area, started my first band, and played my first gig.

AL: Can you give us some background on your new album “Power of Three”
MP: It combines some of the styles that I grew up listening to and that I still listen to today. Sometimes as the years pass by you can fall out of touch with a band you grew up listening to but there are also albums that are just as good as the first time you heard them when listening today. I looked at the kind of songs I was missing in my live set and wrote them.

AL: Your previous solo release was also titled “Power of Three” Are there any links other than the name between the two?
MP: Originally, it was going to be 3 EP’s and that would be my third album. A couple things changed all of that. One was when Flemming Rasmussen pushed me to focus on the heavy material I was writing. Another was playing when Flemming and I recorded for Brian Slagel and him signing me to Metal Blade. If I had to do it all over again, I would have called it “Another Lesson I’ve Learned” which is the first acoustic song on that EP. Also, retailers don’t want you to call a recording a title that is a music format. “M.P.3: The Power of Three, Pt. 1” meant “Monte Pittman 3”. Now I look at it as that EP ends the chapter, or Part 1, of my previous releases and Metal Blade’s “The Power of Three” begins a new dawn.

AL: Can you tell us about the video for “Before the Mourning Son” and what made you choose that song to release as a single
MP: When I played the album for Brian Slagel, he wanted to play “A Dark Horse” & “Before The Mourning Son” for the rest of the Metal Blade staff. That’s why I chose those as the first two singles. We had done an “artwork / order now” video for “A Dark Horse” so when it came time to make a “performance” video, I went with “Before the Mourning Son”. The song showcases a lot of different things too so it was the perfect choice.

AL: Being a metal guitarist what types of steps to do you take to adjust your sound/style when working with acts like Adam Lambert and Madonna?
MP: Madonna has just about every style you can play with well over 30 years of an outstanding career. I just approach each song with a fresh outlook on what it needs for the time we are doing it. We rarely repeat ourselves. For Adam, I wanted his band to have as much balls as I could bring to the table. I was concerned with other singers from that show having bands that almost reminded you of karaoke and I thought he should have a strong band that worked for the venues he was playing. It has to have attitude and passion behind the music because that’s what translates to the audience. Just playing the overproduced multi tracks and trying to pass that off to the audience doesn’t cut it. I wanted the band to be a “band”. Not some people way back there in the dark. That came back to bite me in the end but it is essential to play to your crowd and be one with your audience.

AL: Are there plans to tour behind the release and what other plans do you have for 2014?
MP: I’m playing March 12 in Austin for SXSW. I’m playing March 14th in Dallas and March 16th in Longview. Now I’m connecting the dots there and back. On April 5th at The Whisky, it’s me, Holy Grail & Gypsyhawk. Keep checking in at www.montepittman.com for all of the latest news. 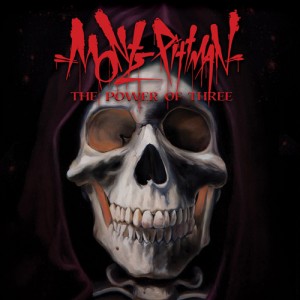