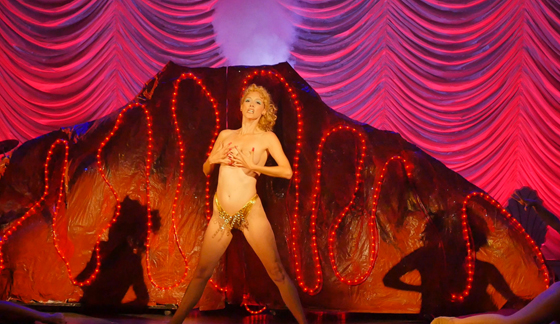 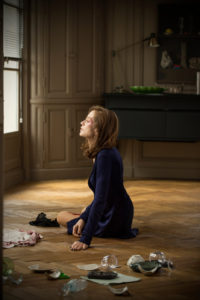 “Elle” has put me in an uncomfortable situation as a male reviewer because I’m going to have talk about rape. The act has been used before, so in that sense, it’s nothing new. Moviegoers have seen it in “Straw Dogs,” “A Clockwork Orange,” “Boys Don’t Cry,” and other films. Sometimes it’s the focal point or a moment that punctuates a grisly reality or message. But in “Elle,” there’s something disturbingly different about rape. It seems like an afterthought in the busy life of Michele (Huppert) and slowly becomes a tool of empowerment.

The movie begins with an intruder, breaking into Michele’s home, quickly and savagely raping her, as her gray cat casually looks on. He finishes and flees without much thought, leaving her unconscious and bleeding. It’s a difficult scene, no doubt. But what happens next is bizarre. She picks herself, goes to work, and even tells her son that she won’t entertain the thought of calling the local authorities. But that doesn’t stop her from daydreaming about murdering the rapist with her own bare hands.

It almost seems like she’s too busy to worry about the rape. She’s got a company to run with a video game that’s nearly half a year behind schedule. She seems unfazed by the video game graphics of a demonic creature molesting and raping an innocent woman, or the excessive amount of sexual and graphic violence that her all-male staff seems to be worried about inserting into the game itself. Then there’s all the family drama at home.

Her son can’t stand-up and assert himself in his own marriage, her ex-husband lingers trying to suckle at her own success, her mom lives with an escort, and her dad is one of the most infamous serial killers France has ever seen. “Elle” seems to be saying that the rape is almost the least of her worries, and certainly one of the least most screwed up things to happen in her life. That’s not to take away from the ferociousness of the movie’s opening moments.

“Elle” is an unpredictable journey that explores the psyche of a woman; Not a victim. It’s impossible to foresee how the movie unfolds because most of the time, Michele is shattering stereotypes and clichés of how society feels a rape victim should react. That’s not to say that this movie could be viewed as grossly insensitive to actual rape victims. But to put it bluntly, it is liberating to see someone who realizes the horrors and stigmas attached to rape, only to relish in it and use it as fuel for a much deeper and darker fire.

You don’t have to wait long for the rapist in “Elle” to reveal himself, unleashing a myriad of moral and ethical questions, both for Michele’s character and the man behind the ski mask. The surrealism of the movie is perfected by Huppert’s performance, which feels tragic at first, but unflinching when she breaks through the shackles of the viewer’s expectations. Huppert gives Michele a realistic range, which seems even more daunting when you begin to realize that Michele’s purpose may be to subvert a lot of society’s views of violence, sexuality and innocence.

Director Paul Verhoeven took a bold step directing “Elle” because it’s hard to imagine a mainstream audience stomaching it past five minutes or seeing Michele as a relatable character. It’s crazy to think that this is the same man who brought American audiences, “Hollow Man,” “Starship Troopers,” and “Showgirls.” With that in mind, this could be a middle finger to American taste and sensibilities after Hollywood flushed him down the toilet.