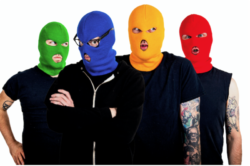 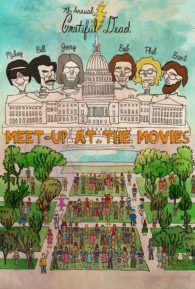 DENVER – June 29, 2017 – For the seventh year in a row, beloved American rock group Grateful Dead returns to the big screen for its highly-anticipated annual event, “Grateful Dead Meet-Up at the Movies 2017.” The Meet Up features the Grateful Dead (Jerry Garcia, Mickey Hart, Bill Kreutzmann, Phil Lesh, Brent Mydland, and Bob Weir) in concert, performing to a sell-out crowd of 40,000-plus fans in Washington D.C. The one-night-only event is scheduled for August 1, which would have been Garcia’s 75th birthday.

Tickets for “Grateful Dead Meet-Up at the Movies 2017” can be purchased online by visiting www.FathomEvents.com or at participating theater box offices. Fans throughout the U.S. will be able to enjoy the event in more than 450 select movie theaters through Fathom’s Digital Broadcast Network (DBN). For a complete list of theater locations, visit the Fathom Events website (theaters and participants are subject to change).

The Meet-Up provides an annual occasion for Dead Heads to reconnect with fellow fans, as well as a chance for new devotees to experience the excitement of what it would have been like to see one of the Dead’s legendary shows live. This year’s concert features a rare first set that contains at least one song sung by each of the four lead singers and a terrific show-opening rendition of the band’s biggest hit “Touch Of Grey.” The show’s second set begins with a very uncommon second-set opener, “Sugaree,” two songs with Bruce Hornsby sitting in (“Sugaree,” and “Man Smart [Woman Smarter]”), plus one of the only video recorded versions of “Black Muddy River.”

Friend of the Devil

Eyes of the World

I Need a Miracle

Turn on Your Love Light

“Earlier this spring, Dead Heads gathered in cinemas nationwide for ‘The Grateful Dead Movie 40th Anniversary,’” Fathom Events CEO John Rubey said. “We’re pleased to present them with another opportunity to ‘Meet-Up’ at the movie theater this year.”

About Fathom Events
Fathom Events is recognized as the leading domestic distributor of event cinema with participating affiliate theaters in all 100 of the top Designated Market Areas®, and ranks as one of the largest overall distributors of content to movie theaters. Owned by AMC Entertainment Inc. (NYSE: AMC), Cinemark Holdings, Inc. (NYSE: CNK) and Regal Entertainment Group (NYSE: RGC) (known collectively as AC JV, LLC), Fathom Events offers a variety of one-of-a-kind entertainment events such as live, high-definition performances of the Metropolitan Opera, dance and theatre productions like the Bolshoi Ballet and National Theatre Live, sporting events like “Canelo Álvarez vs. Julio César Chávez, Jr.,” concerts with artists like Michael Bublé, Rush and Mötley Crüe, the yearlong TCM Big Screen Classics film series, inspirational events such as To Joey With Love and Facing Darkness, and anime titles such as Princess Mononoke and Spirited Away. Fathom Events takes audiences behind the scenes and offers unique extras including audience Q&As, backstage footage and interviews with cast and crew, creating the ultimate VIP experience. Fathom Events’ live digital broadcast network (“DBN”) is the largest cinema broadcast network in North America, bringing live and pre-recorded events to 897 locations and 1,387 screens in 181 DMAs. For more information, visitwww.fathomevents.com.

About Rhino Entertainment
Rhino Entertainment is the catalogue development and marketing division of Warner Music Group. Founded in 1978, Rhino continues to set the standard for excellence in the reissue business it pioneered in both the physical and digital worlds with an emphasis on flawless sound quality, bonus tracks, informative liner notes, award-winning creative packaging, and a strong social conscience. Rhino has also expanded the definition of what a catalogue music company is, as evidenced by the label’s name and likeness representation deal with Frank Sinatra, its multi-faceted relationship with the Grateful Dead, and releasing new albums by heritage artists such as Jeff Beck and Cyndi Lauper. The vast catalogue of more than 5,000 releases includes material by Led Zeppelin, Eagles, David Bowie, Fleetwood Mac, Aretha Franklin, The Doors, Chicago, Ray Charles, Black Sabbath, John Coltrane, Yes, Phil Collins, The Ramones, and The Monkees, among many others.

NEW YORK, June 4, 2014 /PRNewswire/ — Teenage Mutant Ninja Turtles the new film from Paramount and Michael Bay starring Megan Fox, Will Arnett and Whoopi Goldberg will open nationwide on August 8 and is set to be the family smash hit of the summer.

For kids who want to take home their very own ninja turtle look no further than Stretchkins. The fun fitness toys have started a craze on the East Coast, and are now available nationwide at Walmart and Toys “R” Us. The officially licensed Ninja Turtle Stretchkins will go into stores in all 50 states from July.

Priced from $19.95, kids can have fun and get fit with their very own Stretchkins, available as Leonardo, Raphael, Michelangelo and Donatello, in addition to the classic Playful Puppy, Pretty Unicorn, and Red Dragon models.

The much loved line of life-size stretchable, cuddly toys, are great for summer as they encourage boys and girls to get up and moving, kick up their heels, and get physical, all while having good time.

Marvin Azrak, a grandfather of 13, developed Stretchkins to take action against child obesity; “I wanted to create a new type of toy, one that would get my grandkids off their seats, away from their computers and video games, and into action.”

Whether you decide on a classic model or one of the fab four turtle designs, each toy comes with an accompanying ‘Dance and Stretch’ DVD that helps children enjoy happier, more active lives.

Available online and nationwide in Toys “R” Us and Walmart, each classic design retails at $19.95 while branded designs retail at $29.99, plus any shipping and handling costs.

Stretchkins is currently used by autism non-profits where it has proven to hold value in encouraging play and development in autistic children who respond well to the various figures.