Natalie Nylon is a singer/songwriter hailing from Philadelphia, PA.  Natalie has had music featured on both “American Horror Story” and “The Real L World” and recently released her second full length album titled “Star Crossed Lovers”. Media Mikes recently spoke with Natalie about the music from those shows and also what it was like working on the new album.

Adam Lawton: What can you tell us about your new album “Star Crossed Lovers”?
Natalie Nylon: The album is kind of a reflection of my life over the past few years. A lot of things went on like I had gotten engaged and then later broke of the engagement which left a lot of things for me to   deal. There ended up being are a lot of personal things on this album compared to my previous one.

AL: Did you take any different approaches to how you worked on this album compared to previous releases?
NN: When I wrote my first album I was going out to clubs a lot and that made me want to write mostly dance songs. When I sat down and wrote the second album it was just me on my own. I would sit down with a guitar or in front of a piano with my ideas. When I had a handful of songs laid out I would take them to my producer and we would develop them together. It was a lot more writing on my part this time around.

AL: Where do you tend to start when writing a song?
NN: I think it’s different for every song I write. Sometimes I just start with a thought a phrase and build off of that. What seems to happen most of the time is that I wake up in the middle of the night with an idea or melody. Those seem to be the ones I like the best. Everything tends to be a little different as to whether the melody or lyrics come first.

AL: Are you planning on shooting a video for any of the songs of the new album?
NN: That is what I have planned next. I actually shot two videos already however I was just not happy with them. It’s hard when you have a creative idea and you’re working with people maybe for the first and time and things don’t turn out how you would like. You kind of have to have the right ingredients and the right people to make things work. If one thing’s off it can impact your vision.

AL: What was your response when the networks asked to use your song? And were you a fan of the shows prior to having music on them?
NN: I was shocked! I got a call from my producer telling me they wanted to use the song and I was just on the floor. It has always been a dream of mine to have one of my songs appear in a film or television show. It’s just one of those things that I didn’t expect to happen. I really just couldn’t believe it. I knew of both of the shows however I don’t tend to watch much television. I have checked them out now that my music has been in them but I haven’t seen all the episodes or anything.

AL: Do you have any plans to tour in support of the new album?
NN: I have been playing local shows in and around NY, PA and NJ but when it comes to touring I have been looking for someone to jump on board with or to get on a festival. We have been discussing doing a tour but being an independent artist is really hard. You have to be prepared to pay for everything yourself. (Laughs) 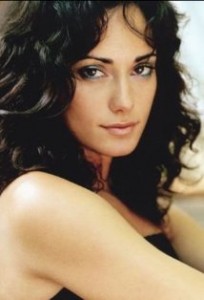 Natalie Brown recently c0-starred in Season 2 of SyFy’s “Being Human”, playing the role of Julia.  Media Mikes had a chance to chat with Natalie about her role on the show and what we can expect from her next.

Mike Gencarelli: How did you get involved with the show “Being Human”?
Natalie Brown: It was funny… The night before I even knew about the audition, I was on a panel judging submissions for best actor for the Gemini Awards (Canada’s Emmys) and it was then that I saw both Sam Huntington and Sam Witwer’s performances from the first season… I was blown away. The very next day, my agent called with the audition for Julia- Aiden’s new love interest, and Josh’s ex fiancé. I’d get to work with both of them!? I put myself on tape to send to Montreal, (where the show shoots) the director gave me a few notes, and after sending the second audition tape, I got the part!

MG: Where you aware/fan of the BBC series?
NB: I hadn’t heard of it before the US version, but once I saw it, I understood why it was such a hit- the chemistry between the actors, the mix of humor & humanity set against superhuman circumstances – the same factors that make the US version every bit as gratifying.

MG: What did you like most about playing the role of Julia?
NB: Besides working with the best cast ever?!? It was a great opportunity bringing Josh’s past to life. There was some pressure to live up to this legendary fiancé fans had only heard about in Season One, and I was also a bit concerned over what Nora fans might have to say about a new (albeit old¡) girl in the mix, but to my surprise and relief, there wasn’t any backlash. Julia is one of the few completely human characters, who represents what Josh, and the rest of the main characters are seeking- something normal and grounding… Although “normal” isn’t all it’s cracked up to be. She too is dealing with loss and pain, trying to make sense of her life and find her place in the world after hers was turned upside-down. Getting dumped – twice! – first by her fiancé, and again by a really hot vampire… totally sucks!

MG: The second to last episode in season two was a real shocker, can you reflect on that for us?
NB: I was shocked too! I received a nice phone call from the writers, saying how pleased they were with the job I was doing, and that what was going to happen to Julia was nothing personal. Normally, when you receive these types of phone calls, it’s sad because you know it’s the end, but in this case, this is the kind of show where you’re HOPING for that phone call. I thought “Great! I can’t wait to die! Get bitten, come back as a ghost, become Sally’s new BFF… The possibilities are endless!” But not Julia. I didn’t realize til I saw the long faces on everyone on set the next day that not only was Julia going to die, but she was getting her door. Immediately. Julia’s only issue was not truly knowing why Josh left her, & once she understood, Poof! Her door appeared and off she went into the … Well we don’t know what’s on the other side of the door, but hopefully if we ever do find out, fingers crossed Julia will be back! It was an emotional but really rewarding day on set. It didn’t take much to get to a gut-wrenching place when the circumstances were so dire, I was sad to be leaving, and Sam Huntington brought the house down and made every grown man cry with his performance.

MG: You also appeared on SyFy’s “Lost Girl” is season two, which has not aired in the US yet, tell us about that?
NB: Lost Girl is such a fun show with cast you can crush on. I was lucky enough to have scenes with most of the gang, playing a light Fae imprisoned for 80 years for falling in love with a man who was Dark Fae. I got to change from prison garb to sacrificial princess gown, to 1940’s hats and dresses in flashbacks, to finally running through the woods in head-to-toe leather, shooting porcupine quills out of my hair. Soooo much fun!

MG: What else do you have planned upcoming?
NB: Right now, I’m in Sault Ste Marie filming a small but fun role in the psychological thriller “Compulsion,” starring Heather Graham and Carrie Anne Moss. I’ll be playing opposite Kevin Dillon, which should be fun. I’m lucky, I get to work with a lot of talented people when they come to shoot in Canada.