Michael Orlando is the founder and lead singer of band The Killing Lights, which was formerly Vampires Everywhere! Media Mikes had a chance to chat with Michael to talk about the band’s new name and their upcoming 2014 tour.

Adam Lawton: Can you explain the name change from Vampires Everywhere! to “The Killing Lights?
Michael Orlando: I felt it was time to move on. VE was my brainchild for over 4 years and through it i got to meet so many amazing fans & people. However, over the last 4 years I have grown as an artist and as a person. I am definitely not the same person I was 4 years ago haha. I’m definitely more positive and I feel my eyes are now open to the world around me. The Killing Lights brings a measure of closure to both the person I was & the horrid events I went through. TKL represents the new me and my new hopes and dreams.

MG: Do you feel fans of the band will be confused at all by the change?
MO: At first this was my greatest concern! I had many anxiety attacks about the name change and leaving a project I had built from the ground up! However, my fans are amazing and have embraced the change with open arms! I have recently changed back to my birth name Michael Orlando as well. Fans really seem to respect the fact that I did this name change & I love them for it! I am sure things will continue to be a bit confusing but over time everyone will eventually catch on! I have to stay true to myself and what I believe in.

AL: Can you tell us about the bands new line up?
MO: The Killing Lights consists of myself on vocals, DJ Black on Guitar, Frankie Sil on Bass, & Joshua Ingram on Drums. I am beyond happy to be surrounded by talented determined individuals that can see the big picture. We have been working hard to make sure everything is true to our heart and Rock n’ Roll!

AL: Can we expect any other stylistic/musical changes with the band?
MO: With VE we were overly theatrical and prided ourselves on making a statement. TKL is way different both musically and stylistically! We are basically being ourselves. We don’t go out of our way to be “Rock n’ Roll” we just bring ourselves as we look everyday. Whether that’s a bit of the 90’s or a bit of the 80’s it is who we are and what we represent. You can expect rock n’ roll music from rock n’ roll people.

AL: What does the band have currently scheduled for 2014?
MO: There is so much going on with TKL! As of now we are gearing up for our first UK Tour in February! I am so excited to finally meet my UK fans and show them the new band. We also plan on releasing a music video and a couple of singles. There is so much in the works and I couldn’t be more happy about whats going on! 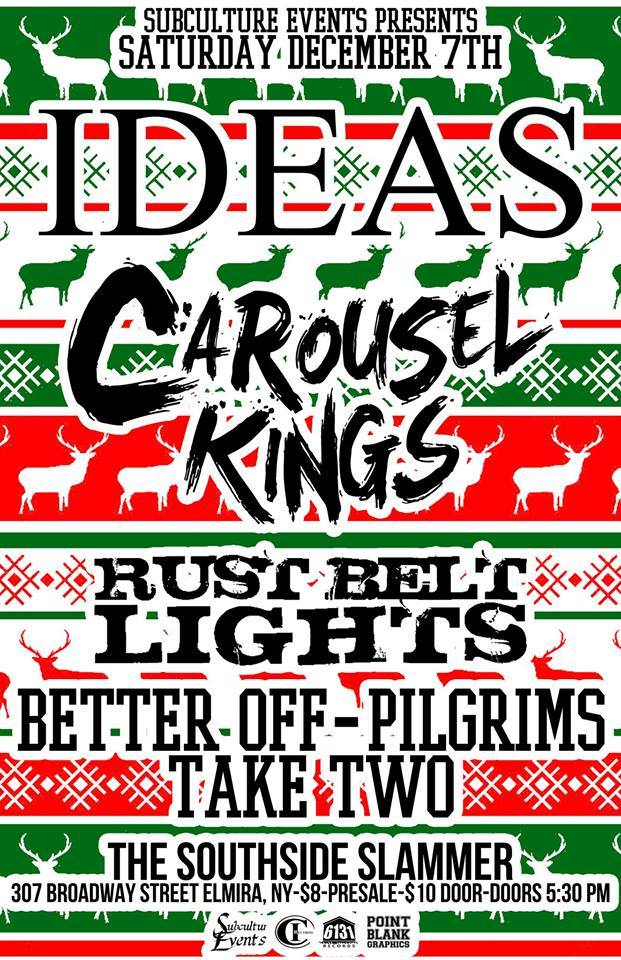 CI Records artist Carousel Kings kicked off their 2013 winter tour on December 7th in Elmira, NY and despite freezing temperatures and one band on the bill not being able to make it things seemed to off without a hitch. The event was put on by Subculture Events one of the few legitimate groups putting on independent shows in the Upstate NY area.

Kicking off the night was a local band buy the name of Take Two who seemed to have quite a following as fans filled the venue early to check out the bands 30 minute set which was a perfect mixture of progressive punk rock. Pilgrims another area band would take the stage next for a brief and somewhat chaotic set which lacked cohesiveness and did very little to excite the crowd. Due to transportation issues Rust Belt Lights were unable to make the show which put Nashville, TN natives Better Off up next and even though the group was fresh off a 17 hour drive they still blasted through their set with ease as they performed songs off their most recent release “(I Think) I’m Leaving”.

Tour headliner Carousel Kings were up next performing songs of their album “A Slice of Heaven” and though I wasn’t very familiar with the group beforehand I was pleasantly surprised as the groups songs were packed with fun, catchy hooks that kept your attention. Closing out the night was the Elmira natives Ideas. Despite crowd numbers dwindling the band played as though it was a packed house. I have to give it to bands that are able to get up there for the smaller crowds and still give it their all. Not only do the fans who stick around appreciate it but in my book it gives the band that extra professionalism that a lot of bands are often missing.

A great night of music and fun was had by all and Subculture Events can mark another great show off in their books. My hope is that they will continue to stick around and provide both local and national talents venues to perform at within the Upstate New York area. For fans wanting to check out Carousel Kings, Rust Belt Lights and Better Off the bands will be on tour together through the end of December so be sure to check them out if they are in your area. 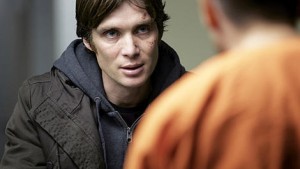 Hold on a sec, a paranormal thriller/horror film with Robert De Niro, Sigourney Weaver and Cillian Murphy? Where do I sign up? This little film has flown under my radar this summer with big budget superhero movies taken the spotlight. “Red Lights” deserves some major attention.  It is extremely well-done and really delivers from the moment it starts through the its shocking ending. I am a big fan of Rodrigo Cortés, especially after his film “Buried”. He is really able to do a lot in a film with not much. Cillian Murphy also gives an amazing performance and really carries this film.

The film follows psychologist and paranormal investigator, Margaret Matheson, (Weaver), and her physicist assistant, Tom Buckley (Murphy) as they aim to disprove the paranormal experiences with science and technology. When they get involved with investigating a famous psychic, Simon Silver (De Niro) things get a little too hot and they find themselves in deeper than they expected. Is Silver a true psychic medium or just another fraud?

“Red Lights” does a great job of blending its horror, thriller and drama aspects all together to one entertaining film. It has some good spooks but isn’t full blown horror. With the televisions and cinemas being flooded with films about paranormal activities and ghost huntings, this will probably be filed in with the rest but is actually able to stand on its own. It is not only well directed and executed but also packed with impressive performances, I highly recommend checking this film out.