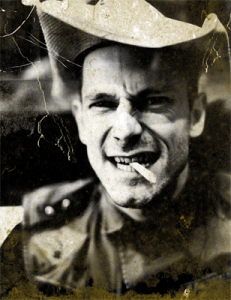 Hank 3 the son of legendary country singer Hank Williams Jr. and of course the grandson of country music pioneer Hank Williams is back with not one but, two new albums. “Brothers of the 4×4” is a two disc release featuring Hank 3’s signature country sound while “Fiendish Threat” is a single disc release of punk rock material which is very reminiscent of early Misfits material. Both albums are being released on Oct. 1st and Media Mikes had the chance to talk with Hank 3 recently about the albums and his signature sounds.

Adam Lawton: Can you tell us about the two new albums you have coming out?
Hank 3: Most of the time I write longs songs and make long records. The first album is more of a country album titled “Brothers of the 4×4”. It’s a double disc album and there are a few slow and sad songs mixed with the more happy go lucky type songs. There are also a few songs on there that I wouldn’t necessarily consider country. They have more of a Pink Floyd, spaghetti western type sound going on. There are a lot of different sounds on this record. The second release I have coming out on the same day is more of a punk rock record titled “Fiendish Threat”. That album was all done with acoustic instruments which have all sorts of fuzz and distortion placed over the top of it. The two albums are like night and day. The sounds and attitudes are quite different.

AL: This is the second time you have released multiple albums on the same day. Do you have a specific reason for doing so or do things just happen more naturally?
Hank 3: Most standard songs are two minutes and thirty seconds. That’s if you are looking to write a hit song and get it on the radio. It’s a standard format. People have told me that when they listen to my songs they get to a point where they are waiting for it to end however it doesn’t. Things just keep going but that’s how it is on some of my material. On songs like “Loners for Life” or “Deep Scars” the steel guitar just sort of caries things through and that how it is. As far as releasing multiple albums goes I have always been known for performing multiple sounds during my live shows. I usually do almost four different sounds during a single show. That’s why I like to release multiple releases all at the same time. When I tour fans get to see all those different sides of me. One other reason is I do things this way is that I feel like I have been held back in a way in relation to my career. Frank Zappa put out over 90 releases and my father has released over 120. Where I am at in my career I don’t feel I have that much on the plate so I am trying to make up for lost time in my eyes. 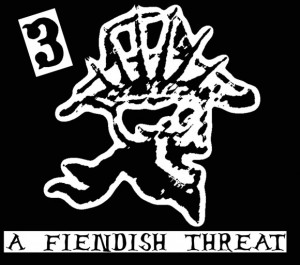 AL: When you’re creating multiple albums at the same time do you find that they will often play off of each other or blend together in certain areas?
Hank 3: It’s kind of different. Once I start recording I may have a feeling where I want to do just drums one day or just guitar stuff. I may warm up by playing some country and then end the day with some harder sounding material.  It’s very similar to how I perform live. Everything is one performance to me. Yes the songs change but I am still trying to give it my all throughout the whole performance or record. When I am writing the songs things do vary. If I am working on a country song I will sing things off the top of my head and then record it. Once that’s done I then go back with a pen and paper to write down what I think is a little more important. I try and make things more of a story. If I am working on rock or metal material I always do the guitar riff first and then the drums and vocal. They are both opposite with one being music oriented while the other is not.

AL: Being that you, your father and your grandfather all have unique styles do you ever try and incorporate any of their sounds into your own when working on an album or song?
Hank 3: If you were to really look at my records you will notice that each one has a specific sound or style to it. I am the guy who is doing all the recording, mixing and mastering. Things might not sound the best or the worse but it’s going to sound different. It’s all self done which that alone makes it stand on its own two feet. When I write a song it just depends on what I am going for. I am lucky enough to have created my own niche and found my own sound within going against my father and grandfather in the country music world. That in itself is hard enough. Things have happened and I have been able to create a very loyal fan base that has been with us for many years. Some people may say I sound like one or the other on any given day but I don’t think any of my material is orientated to that of my other family members.

AL: What was the lineup of musicians who played on the new albums?
Hank 3: On the country record I had Johnny Hiland do all the chicken pickin’ stuff while Zach Shedd , David McElfresh and Billy Contreras make up the rest of the guys who are on there. Zach is one of the guys who plays on both of the records. Billy played a few interesting fiddle parts on the punk/rock record while other guys like Andy Gibson played steel guitar on the country album and Leroy Troy played banjo on a track called “Possum in a Tree”. I also made my first attempt and playing some lap steel on the record as well.

AL: Do you have all the parts pre-arranged when the different guys come in or do they just come in and add their own parts?
Hank 3: It varies. I might have parts in my head that I will hum or sing to whoever is playing or when it comes to guys like Johnny Hiland he has me play him what I have and then he will do a couple passes and let me take what I like. The guys I have worked with for some time we do a little bit of everything and just go back and forth with ideas. 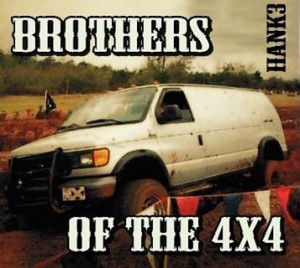 AL: Will these guys be the same group that will go out on the road with you?
Hank 3: Some of the guys who played on the record I don’t always get to use that much on the road. I use my band as much as possible but guys like Johnny Hiland and Billy Contreras aren’t always available but they know my door is always open. I think when you are used to playing with people like George Jones and then you come down to the level that I am at there can be a pretty dynamic difference when it comes to money sometimes. Some guys dig the environment and don’t mind making less. I try to pay everyone in the band as much as I can while still keeping the ticket prices low for the fans.

AL: When putting together a set list how do you choose which songs you are going to play being that you have quite a diverse catalog to choose from?
Hank 3: I don’t hit the stage with a set list. We have a few standards that we will always play and in between I mix in a few newer songs. With the rock record we might be a little more uniformed however I have so many country songs that I can fill up a two hour slot pretty quick. Not having the same set list every night keeps my guys fresh and on their toes. Everything is a little different each night.

AL: Do you have any other projects that you are currently working on, Possibly a DVD or book?
Hank 3: I have always been pro bootlegger with a lot of my fans in that I allow them to come out and record the shows. I have been letting fans do that for many years now. I recorded a song with David Allen Coe not too long ago called “The Outlaw Ways” which was released on limited vinyl. Sirius radio picked that up and was playing it which has been great. As far as books and other things I don’t feel I have hit that part of my career just yet. I am very busy being on the road and making records.