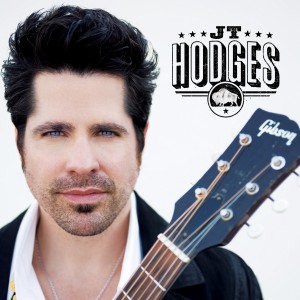 JT Hodges is a country singer known best for his singles “Hunt You Down” and “Goodbyes Make You Mine”. He recently released his debut self-titled album and is hitting the road soon touring. Media Mikes got a chance to chat with JT again about this debut album and the inspiration behind it.

Mike Gencarelli: Tell us about how it feels to finally have this album released?
JT Hodges: It is a breath of fresh air, for one. You spend the whole year working a few different singles that is all that people have to go by. I have said from the beginning that if you are fan or not of this song, wait till the record comes out. I feel that there is a song for everyone on the record. It is very diverse and I just don’t do one thing. What I do though is all within the frame of the style. It’s what I have been doing over the years and will only to continue to grow and expand from it. I am just happy the first album is out and people can decide for themselves what they like.

MG: I thought “Hunt You Down” was a great track but I think you outdid youself with each track on the album.
JH: Well dude, that means a lot man!. In the world we have today everything is subjective but if the majority of the comments are positive, that is always great to hear.

MG: Has any of this CD release madness been overwhelming at all for you?
JH: No, I really love it. Thank God for social media. I have made a lot of great friends in radio. Radio has really kind to me. We have been lucky to get a few songs out there already. I just love all the social media and a good way for me to get the word out.

MG: When we last spoke in October of 2011 you mentioned “Hunt You Down” was found on Beale street, tell us about where the rest of the album was discovered?
JH: Honestly if we had all day I could do through each song and tell you. Really a lot of them are going back to almost 10 years ago. When I was in thee writers room, just thinking about a mood and it transports you back to a specific time in your life and different situations. That probably means that you are going to write a real song that day. The majority of the songs on the record really bared that process for me. There are also some observation songs like “Sleepy Little Town”. It was just an image for me just driving through this small town. There are a lot of things that go a little astray in life and we deal with them. That song is just three separate stories exposing secrets that everyone finds out about since they are in this small town. All across the board with the record, each track is very personal to me. When you are writing a record you realize that you are not the only one going through heartbreak or have some hard times. You find out you are not only writing it for yourself but also for your listener.

MG: What do you think will be the next single for this album?
JH: The next single is “Sleepy Little Town”. It is going to be released to radio on September 10th.

MG: Are you hitting the road soon and if so where and with you?
JH: We have got a few potential tour plans. Fingers crossed those are going to work out. A lot of the shows are being booked for the Fall. I traveled the country this year and played a lot of show. We are building one fan at a time and having a blast doing it. 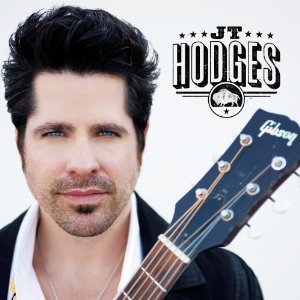 I had the privileged of interviewing JT in person last year and he was one of the nicest and humbled guys in the business. You can just tell that his inspiration and creativity was flowing like crazy. At the time, he only had his one single “Hunt You Down” released but promised a great debut album. Let me tell you he really delivered on his words. My only real complaint is that the album runs a little short at 35 minutes. I would have liked it to be a little longer. Nonetheless, it is one of the best country music albums that I have had the privilege to listen to in the last few years. Keep an eye out for JT Hodges, he is going to be doing great things for the genre.

It is rare on an album that honestly every single track is single worthy but that is the case with JT’s debut album. I think they are going to have a very hard time picking his new single. JT’s songs aren’t just scripted tracks. You can tell that there is fantastic real life experiences behind each track and they are just dripping with inspiration. “Sleepy Little Town” and “Goodbyes Made You Mine” are both guaranteed to be hit singles very soon as they are the most catchy on the album. JT also has a very unique song in the business that sets him aside from all other country acts. His tracks are not large productions but feel like they really draw you in to each songs. If you don’t like this album well then it has a simple solution…”I’m gonna hunt you down!”.

Track Listing:
1. Rather Be Wrong Than Lonely
2. Sleepy Little Town
3. Hunt You Down
4. Give It One More Night
5. When I Stop Crying
6. Goodbyes Made You Mine
7. Leaving Me Later
8. Right About Now
9. Rhythm Of The Radio
10. Green Eyes Red Sunglasses

JT Hodges is a new up-and-coming  country music singer. He recently signed with  Show Dog-Universal Music and released his debut single “Hunt You Down”, which has been blowing up on the country radio.  JT is currently touring with Toby Keith and Eric Church throughout the country.  Media Mikes had a chance to chat with JT about his music and about touring.

Mike Gencarelli: Tell us the story behind how the song “Hunt You Down” came to be and now hitting high on the charts?
JT Hodges: I guess the story of the song is I got a opportunity for a private tour of Graceland about 14 months ago.  I had family in Memphis and went back and forth from Ft. Worth, TX to Memphis all the time when I was a kid…but I never got to go to Graceland.  I got to go and I spent about six hours there.  I stayed up till about 3am in the morning on Beale street celebrating and just soaking all of Memphis in.  I had a writing session back in Nashville the next day with Rivers Rutherford.  I walked in a little red eyed, I’ll never forget, he asked where I was and I told him about the night and my experience.  He told me he was born and raised in Memphis, which I didn’t know.  I had a riff and 45 minutes later we grabbed it out of the air.  The music Gods blessed us that day…it was cool.

MG: I love that video too with you walking down Beale street.
JTH: Yeah man, we went back to Memphis to shoot it.  It had to be shot down on Beale street! It was a good time.

MG: You know you are going to be responsible for bringing back whistling right?
JTH: Well man, there is a funny story behind the whistling though.  It was a little early in the morning and I was a little under the weather.  It was too high for me to be singing the melody…so I was whistled the melody.  Once we wrote the song, the whistling came back and it works.  It was fun.

MG: Who has been your musical inspiration in your life?
JTH: I grew up in a studio.  It was in cow town, so country music was prominent.  I love George Strait.  I was really into the group Blackhawk.  A lot of the 90’s country stuff really, I had it in for.  There was also this audio library ranging from John Melloncamp to The Eagles to Elvis Presley to Buddy Holly.  There are so many great artists out there.  I am also inspired by great songs.

MG: Give us a few highlights touring with Toby Keith and Eric Church on the Locked & Loaded tour?
JTH: Every show has really been a highlight personally for me and the band, since we are getting better and better.  Really it is great just getting to have one-on-one time with Toby and Eric, talking music and just hanging out.   It has been a very relaxed tour.  We leave it all out on the stage.

MG: What is going to be your next single and when can we expect album?
JTH: The album is looking like it is going to be towards the beginning of the year.  The same with the second single.  We got about three or four songs that we are considering.  It is a good problem to have that we have a lot of songs that we like.  The thing I tell everyone about this record is that just because you hear “Hunt You Down”, don’t expect the whole record to center around that song.  It is going to be a very diverse record.  I do everything in a frame but it is not just one thing I do.  I am looking forward to people seeing and hearing that.

MG: You are co-writing 9 out of the 11 songs on the album, how was it been writing your own songs?
JTH: Oh man, it has just been so great.   Nashville has the best songwriters in the world.  Just in the last year and a half, I have learned so much.  I am ten times a better writer than I was.  It has been a great process and I look forward to doing it more…and more.

MG: What are you plans after this tour ends?
JTH: I tell everyone I have been taking this whole thing one day at a time.  Not trying to look too far ahead and definitely not trying to look too far behind me.  There are some stuff lined up, I am getting to play the Opry at the Ryamn for the first time on November 4th.  I am looking forward to that opportunity.  There are some more shows lined up.  There are also some tour packages with some artists that we are trying to work on now but I am not giving that away just yet [laughs].