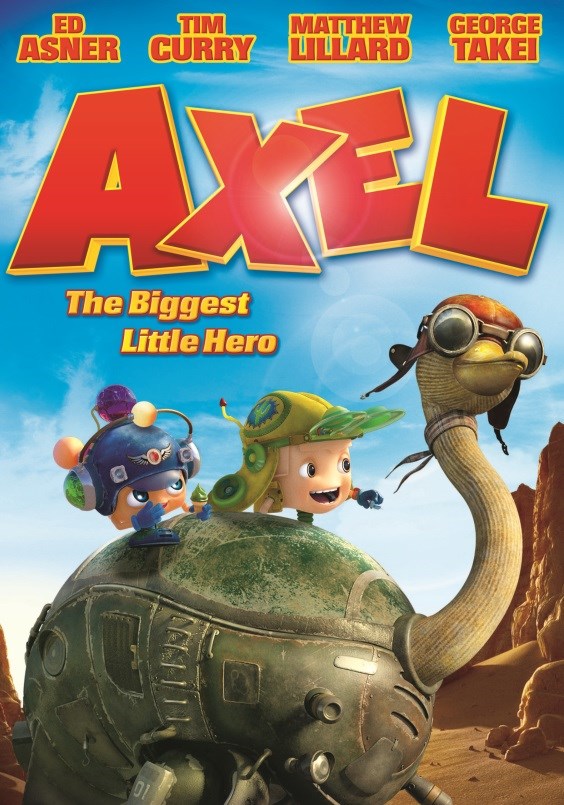 How does a voice cast sound including Matthew Lillard, Ed Asner, George Takei, and Tim Curry? Sounds great to me, “Axel: The Biggest Little Hero” hits DVD on June 3rd and to To celebrate the release, Media Mikes is excited to giveaway two (2) DVDs of the film to our readers. If you would like to enter for your chance to win one of this prize, please leave us a comment below or send us an email with your favorite Tim Curry film. This giveaway will remain open until May 30th at Noon, Eastern Time. This is open to our readers in US and Canada only. One entry per person, per household. All other entries will be considered invalid. Media Mikes will randomly select winners. Winners will be alerted via email.

AXEL’s always been a hero in his own mind. Unfortunately, in real life he’s just another mischievous little boy who pulls pranks while his village runs out of food. One day, he has a vision of a mystical grove of cactuses that could feed his people for years. Determined to save the day, AXEL and his best friend JONO embark on the journey of a lifetime where they must fly through magnetic valleys, escape an evil robotic lizard king, and put up with a brave but headstrong young Princess. Will AXEL find the magical plant and save his village? Can he become the real life hero he always wanted to be? Starring voice talent from Matthew Lillard, Ed Asner, George Takei, and Tim Curry. 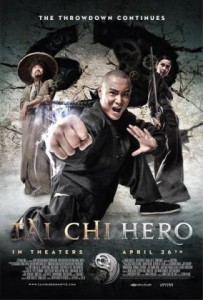 When I read about a kung-fu movie that infused both martial arts with steampunk, I was very interested.  Then I saw the film “Tai Chi Zero” and was not really blown away but not disappointed either.  “Tai Chi Hero” is the second film in a trilogy from the creators of “Ip Man” and “Detective Dee”, which are two of my favorites. This film is a real disappointment and an all around waste of time. I honestly do not think that I have ever been this bored watching a martial arts film. It was shot back-to-back with the film film and I think that they really gave all the attention to the first child in the series and forgot about the second one.  There is little to no action in the film and the story is not interesting at all.  The first one wasn’t amazing but this film makes it shine.

Official Premise: Lu Chan (Jayden Yuan) is still trying to find his place in Chen Village, the legendary town where everyone is a martial arts master…and Chen-style Tai Chi is forbidden to outsiders. But since he helped save the town from a frightening steam-powered machine, Yuniang (Angelababy), beautiful daughter of Grandmaster Chen (Tony Leung Ka-Fai), agrees to marry Lu Chan and bring him into the family. It’s only a formality, though – she is the teacher, and he is the student – and that suits Lu Chan just fine, as the mutant horn on his head gives him incredible kung-fu power, but leaves him dumber each time, and closer to death. Chen Village still stands in the shadow of danger. A prodigal brother returns, Lu Chan’s presence invokes a curse on the town, and Yuniang’s scorned fiancée has an appetite for revenge, as well as some new partners in crime.

The best thing about this film is that it features its martial arts are directed by Sammo Hung.  He is such a legend when it comes to martial arts.  But with this film, the charm just isn’t there. His work is matched with beauty and a certain zen feel but neither is present here. The first film had some amazing martial arts and visual effects with this film they just seemed like they blew their whole budget on the first film and struggled to piece this one together.  Also it has a strange appearance from American actor Peter Stormare (“Fargo”). Lastly the film like “Tai Chi Zero” was shot in 3D, but is not being released in 3D here in the U.S.  There is not much in this film anyway, besides added depth, that would have benefited from this but the plane scenes cool have been cool. So unless you absolutely love the first film and need to see this sequel, then I would suggest passing for sure.

The second annual Hero Bot Comic and Art Convention was held on Oct. 27th at the Chemung County FFC located in Elmira, NY. The event is ran an organized by Heroes Your Mom Threw Out Comic Shop located in Elmira Heights, NY and features a number of top industry comic book artists, writers and vendors.

Upon entering the venue I was quite surprised at the attendance for a relatively underground/grassroots convention. Various vendors and artists lined the gymnasium with countless collectibles, art and comics. Several big name artists/writers already had lines of fans waiting to have their at times stacks of items signed. Guest of Honor Mark Silvestri best known for his work on “Cyber Force”, “Wolverine” and “Incredible Hulk” had a line of fans patiently waiting just about all day long. Other notable guests that also were quite busy included Mark Hawkins (Cyber Force), Roger Stern (Superman, The Avengers, Amazing Spider-Man) and Jamal Ingle (Kiss, Supergirl). When not searching boxes of vintage comics for missing pieces to my collection I was able to attend a few of the Q/A panels which were quite fun as I was able to get some interesting pieces of behind the scenes info.

From the reactions of those in attendance myself included it seemed as though Hero Bot Con was a hit again this year. I do think the event organizers will have to look at bringing in more/higher profile guests and vendors in if it wants to keep fans coming back year after year however, for an independent con like this to be able to offer special VIP ticket/gift packages and Q/A Panels with the guests is pretty impressive as a lot of similar sized cons do not offer these opportunities. Next time Hero Bot Con comes around make sure to get your tickets and check it out as there is definitely something for everyone.

A big thank you to Jared Aiosa and Jesse Reib for all of their help and allowing us to attend the event.

For more info on Hero Bot Con you can visit the official website at www.herobotcon.com

Hero Bot Con is the biggest and best comic and pop culture convention in Upstate NY! This year’s guest of honor is Mark Silvestri who will be on hand all day signing copies of his new comic “Cyber Force” #1 which are being given away for FREE! The event will also feature dozen of top artists and vendors as well as several exclusive panels and Q & A sessions that you won’t find anywhere else.

Kids 14 and under get in FREE with a paid adult!

For more information on tickets and a full list of convention guests visit
http://www.herobotcon.com