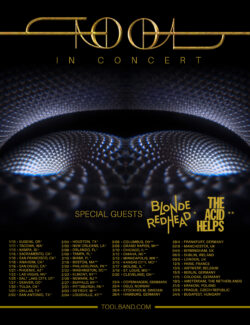 “Let’s finish what we started. Shall we?” – Maynard James Keenan

TOOL have announced a mammoth 2022 tour, with the Los Angeles-based band spending 3 months traversing the U.S. followed by a month of European dates.

TOOL elected to kick off the highly-anticipated trek in Eugene, Ore. as a nod to the abrupt halt to their 2020 Fear Inoculum tour. Slated to play the Matthew Knight Arena on March 12, 2020, the show, along with the band’s remaining tour dates, was canceled as nationwide lockdowns began to take effect that evening.

“It is with great pleasure I get to announce our return to the road,” said Danny Carey. “These past 18 months have been trying to say the least but from great trials come great lessons and great rewards. We are genuinely looking forward to sharing them with you.”

May 13 Antwerp, BE Sportpaleis

Fear Inoculum (http://smarturl.it/TOOLFIa) arrived in August of 2019, following years of anticipation. The album debuted at #1 on Billboard’s Top 200, shattering sales and radio records while also earning widespread critical praise. NPR said, “Fear Inoculum was worth the 13-year wait,” The Atlantic declared the release “precise and devastating,” Revolver dubbed the 10-track album “a masterpiece that will be dissected for years to come” and Consequence of Sound said Fear Inoculum finds “TOOL in peak performance.” 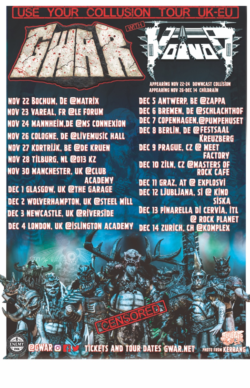 People of Europe!!!  It has been over 10 years since your Alien Overlords GWAR feasted on the souls of the Old World. At last, the wait is finally over. The time has come for GWAR’s insatiable thirst for blood to be quenched. Yes, you heard right!  Your Lords and Masters GWAR will make their triumphant return across the pond late this November into December on their “Use Your Collusion” 2019 European & UK Tour.  The attack begins in Bochum, Germany on November 22nd. They end their invasion by storming Zurich, Switzerland on December 14th, and by that time the continent will be little more than a smoldering pile of poo. Main support for the whole tour are metal legends VOIVOD! All tickets will be available for purchase at http://www.gwar.net. Pre-sales begin today and the general public on-sale is set for August 16th at 9:00am GMT.

“GWAR has waited long enough to terrorize youth across the pond. What better way to spend a winter than pillaging and copulating across Europe, says guitarist Pustulus Maximus.

Lead singer The Berserker Blóthar chimes in, “All of Europe will bow to the majesty of GWAR! We will destroy your cities and consume all of your drugs. We will bring welcome death to the most depressed, emotionally and sexually repressed people on Earth. I cannot wait to wreak havoc on your infinitely inferior plumbing.”

“In Europe they call me doner kabob because that’s all I eat there. I Love European culture. Can’t wait for the tour, adds drummer JiZMak da Gusha.

Footage of the band announcing the tour has leaked from their fortress in Antarctica. Watch the video HERE.﻿https://youtu.be/_LkUoHVBU84 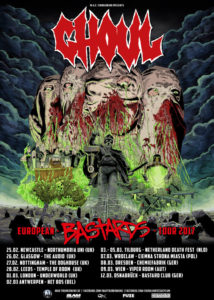 GHOUL: Creepsylvanian Masked Misfits To Devour The Dead Across The UK And Europe On Tour

The Creepsylvanian masked misfits in GHOUL will devour the dead overseas on a near-two-week tour next week. Slated to commence on February 25th, GHOUL will feast on the entrails of the deceased though the United Kingdom, Belgium, Poland, Germany, and Austria, with an included stop in The Netherlands for an appearance at the Netherlands Death Fest.

Proclaims Digestor of the band’s latest incursion: “We are excited to travel once again through the socialist hellscapes of Europe. Cinch up your dirndles and prepare yourself for the impending bloodbath, you sausage eating noodnicks. GHOUL is coming and we can’t be reasoned with!”

GHOUL continues to tour in support of their delightfully deviant Dungeon Bastards studio offering. Released via Tankcrimes in July 2016, the record consumed Billboard Charts upon its first week of release debuting at #11 on the Heatseekers Chart, #13 on the Top Vinyl Albums Chart, #13 on the Hard Rock Chart, and #27 on the Independent Albums Chart. The band also earned prime spots on year end lists globally including the #19 position of Decibel’s Top 40 Albums Of 2016. 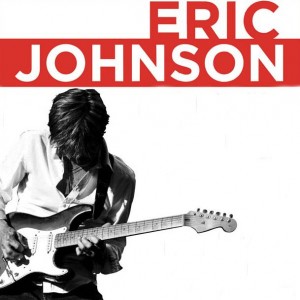 Eric Johnson is a platinum selling guitarist, songwriter, and vocalist who’s extensive career dates back to the mid 1970’s. Johnson’s latest offering is a live album titled “Europe Live” which is a collection of tracks recorded during Johnson’s recent European tour. Media Mikes had the chance to speak with Eric recently about the new release as well as his current plans for a new studio album.

Adam Lawton: What was it that interested you in doing a live album as opposed to a traditional studio album?
Eric Johnson: We were touring Europe and at some point during that run the company who put out the European version of my album “Up Close” contacted me asking if they could record some of the shows. It wasn’t anything that was planned ahead of time. After everything was done they sent me the tracks to see what I thought. We went through all the tapes and there ended up being quite a bit of stuff we were able to work with.

AL: So the album is a collection of takes from a number of different shows?
EJ: We recorded 4 different cities with the bulk of the performances coming from the Amsterdam show. The forth city we recorded in was Paris and that was just a board tape. It was never meant for anything. I decided to put one acoustic song on the record which was different from the electric stuff and that ended up coming from that board tape. What you hear is the actual two track tape from the board as there was nothing we could really do to that track being is was done from the board.

AL: What do find to be the most challenging aspect of doing a live album?
EJ: Keeping everything live and performance oriented is certainly the hardest part. When you have that reference point of the live material there is a raw spark that happens. When you deviate from that it’s really obvious. This has been a great thing for me to do and I have found a lot of entertainment in it.

AL: Do you see yourself doing more live recording as opposed to studio recording?
EJ: Yes, Definitely. Even working live in the studio is something I am open for. The more you are able to do in real time the more energy and emotion I think the work will have. This has made me rethink my entire way of doing things as I want to be able to incorporate more of the live process whenever I can.

AL: For the shows that were recorded to you alter the night’s set list in any way from the nights that weren’t being recorded?
EJ: Not really. We just did our sets and I didn’t think much about the recordings. Other than a couple extra lines running off the amps to the back room I never actually saw what was going on. There wasn’t a vibe of we were making a live record it was more of just someone was out there recording the show that night. Everything was very off the cuff.

AL: With your last studio album being a reworking of the “Up Close” album do you have plans to start on a new studio record any time soon?
EJ: Right now I am currently working with Mike Stern on a collaboration record. We have finished all of the recording and we are in the middle of mixing as we speak. That album should be out in November. The album is sort of a fusion record as Mike comes from the jazz world and I from the rock world. It’s mostly an instrumental record with the exception of one track. The album is very song oriented and not just a bunch of riffing. I am really excited about it as it turned out great. I also am finishing up a solo acoustic record that I hope to get out soon. Doing an acoustic record is something that I have wanted to do for about 10 years now. I am a big folk music fan so I am excited to do something in that style.

AL: When you are working on a record outside of the rock genre what steps do you take to adjust your playing and tone?
EJ: I just try to keep my ears open and learn more about music. I try and take the new things I have learned and incorporate those things into my own sound and playing. Being around other musicians from different areas they are naturally going to play things that I don’t know. I am always listening to try and make my playing better and to support those I am playing with. It’s been a great learning experience for me.

AL: Do you have any tour plans in place for this spring/summer?
EJ: We have a 3 week Midwest tour planned for August. That will take us to Chicago, Minneapolis and a few other places. In November Mike and I will be doing a 2 week tour of the East Coast.