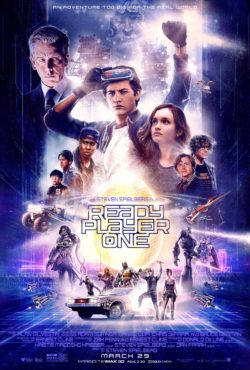 Who does love playing with LEGO sets? I am in my 30’s and have love it as a kid and still as an adult, even my 2 year old loves playing with her Duplo sets already. “The LEGO Movie” came at the perfect time and really delivered one of the best animated film in a long time. The film is visually amazing, action packed and also extremely funny. As if LEGO wasn’t big enough, this film just a perfect addition. I loved the CG-animated style and the touch of stop motion animation was also brilliant for this film. It is just so creative and unique. I watched this film and already I can’t to wait to again very soon.

Official Premise: The original 3D computer-animated story follows Emmet, an ordinary, rules-following, perfectly average LEGO minifigure who is mistakenly identified as The Special, the most extraordinary person and the key to saving the world. He is drafted into a fellowship of strangers on an epic quest to stop an evil tyrant, a journey for which Emmet is hopelessly and hilariously underprepared.

The “Everything is Awesome Edition” comes as a combo pack with Blu-ray + DVD + UltraViolet digital copy. There is also bonus 3D copy of the film as well also includes an exclusive LEGO Vitruvius minifigure, collectible 3D Emmet photo and exclusive bonus content. What I love about this film is that you can enjoy it either in 3D or 2D. I watched it 3D for myself and then 2D with my daughter. Either way the film is still amazing. The 1080p video is so crisp and colorful. This film literally jumps off the screen whether it is 3D or not. The DTS-HD Master Audio 5.1 surround track is pumping as well. The action sounds great and of course the film’s hit single is…well…AWESOME!

The special features are also awesome for this release. “Dream Job: Meet The LEGO Builders” is an exclusive extra with the “Everything is Awesome Edition” release. There is an must listen audio commentary track with directors Miller and Lord, along with Pratt, Brie, Arnett and Day and even Banks calls in for a little bit). “Batman: A True Artist”, “Enter the Ninjago” and “Michelangelo and Lincoln: History are two funny short featurettes on the characters. “Bringing LEGO to Life” goes behind-the-scenes into the making of the film.

Who doesn’t love the song “Everything is Awesome”? It is so catchy. There is a great Sing-Along included. “See it! Build it!” shows you how to build things in the film like Emmet’s double-decker couch and his car. “Stories from the Story Team” mixes storyboards and animatic on scenes that didn’t make the final cut. “Fan-Made Films: Top Secret Submissions” are fan films introduced by Pratt. There are also outtakes, additional promotional content, Alleyway test footage and deleted scenes rounding out the extras.

Own “THE LEGO MOVIE” now on Digital HD and on June 17th on Blu-ray Combo Pack and DVD 2-Disc Special Edition http://bit.ly/LEGOMovieWBShop