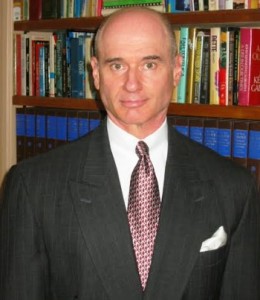 When writer/director James Cameron needed someone to create the native language of his Na’vi characters for the film “Avatar,” he turned to renowned linguist Paul Frommer. Impressed by his work the filmmakers behind the recent film “John Carter” asked Dr. Frommer to develop the Barsoomian language for that film as well. Dr. Frommer is Professor Emeritus of Clinical Management Communication at the University of Southern California’s Marshall School of Business. Prior to joining Marshall, he lived and taught in Malaysia and Iran and completed a doctorate in linguistics at USC. He followed that with a ten-year sojourn in the business world as vice president and strategic planner for a Los Angeles corporation. Returning to USC, he joined the faculty of Marshall’s Center for Management Communication, serving as Director of the Center from 2005 to 2008. His teaching at USC included courses in Advanced Writing for Business and Cross-cultural Business Communication for Non-native Speakers. Dr. Frommer is co-author, with Edward Finegan, of Looking at Languages: A Workbook in Elementary Linguistics, currently in its fifth edition. To celebrate the release of “John Carter” on DVD, Dr. Frommer took the time to speak with Media Mikes:

Mike Smith: For “John Carter” was it important to incorporate a lot of the Barsoomian words that Edgar Rice Burroughs had created for his series of novels?
Paul Frommer: Yes, it was extremely important. And that’s what made this assignment unique. In the series of eleven books he came up with around 420 words. There is a large fan base out there that regards those texts as sacred and I wanted to respect that. I wanted to incorporate everything that Edgar Rice Burroughs had done so that therewould be no inconsistencies. That being said there was still a lot of guess work that had to be done. Just because you see the written form of a word doesn’t mean you know the exact pronunciation. For example, he had used “ch” in a lot of the words. But what does it mean? It could be “cha” like “chair.” It could also be “ka” like in “chorus.” It could be “sha” like in “machine. Those were some of the decisions I had to make. When you have “th” is it “thh” as in “thin” or “thuh” as in “then?” They both have different sounds. And even though the words were there, there were still a lot of decisions to be made. In terms of grammar we used virtually nothing from the book…it’s just isolating words.

MS: When you’re creating a language for a film do the screenwriters and director contribute their ideas as to how the language should sound or how it should flow?
PF: Yes. In fact, Andrew Stanton (director of “John Carter”) had come up with a few words of his own and when I could I would incorporate those. I had come up with some possibilities as to how the language would sound when spoken and I past those on to Andrew for his approval. In the initial go ‘round there were certain things he liked and certain things he didn’t. So we played around with things until he was happy with how the language sounded.

MS: Using Klingon as an example, since Klingon’s are outwardly very rough…their language is very guttural. When you create a language do you base how it will soundon the character’s perceived on-screen appearance?
PF: For the Na’vi language in “Avatar” Jim Cameron wanted the language to sound appealing and beautiful but also to sound somewhat complicated. In terms of the Barsoomians, they’re kind of a rougher people and so maybe the language reflects that.

MS: Since you brought up “Avatar” are there any new species you’ll be creating languages for in “Avatar 2?”
PF: Well, I wish I could tell you but I’m as curious as anyone. All I can tell you is that the film has been announced and that it’s slated to come out in 2016.

MS: To close on a humorous note, have you ever had a bad experience at a restaurant where you’ve just lambasted the waiter in Barsoomian?
PF: I haven’t done that yet (laughs) but there are times when I’ve said some things to myself in Barsoomian or Na’vi but I haven’t pulled that on any people yet. I’m sure there are fans in the audience for both languages that have done it and I think that’s great!