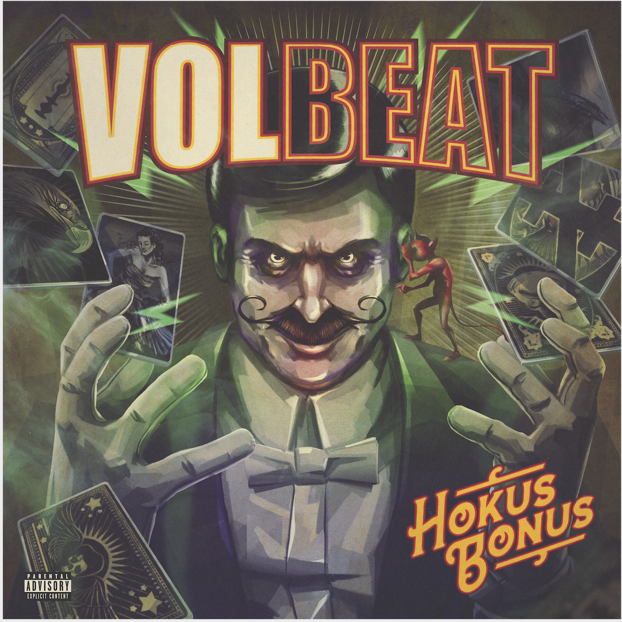 Today, Volbeat announces their Record Store Day Black Friday release, Hokus Bonus: a vinyl-only compilation of ‘bonus tracks’ from special and international editions of the band’s previous albums. Limited to 3,000 copies, the LP features brand new cover art from long-time Volbeat illustrator Karsten Sand and will be pressed on “Magician’s Smoke” colored vinyl. Hokus Bonus brings several songs such as “Slaytan,” “Under The Influence,” and “Immortal But Destructable” to the vinyl format for the first time ever, and includes early versions of fan-favorites “Evelyn,” “Black Rose,” and “Die To Live.” The album also marks the first time that the European smash hit single “For Evigt” will be commercially available on vinyl in North America.

“We all spend a lot of time in record stores both at home and on tour,” said the band, “and bringing these songs to vinyl, some of them for the first time ever, brings us great joy. We hope our fans are looking forward to Record Store Day Black Friday as much as we are!”