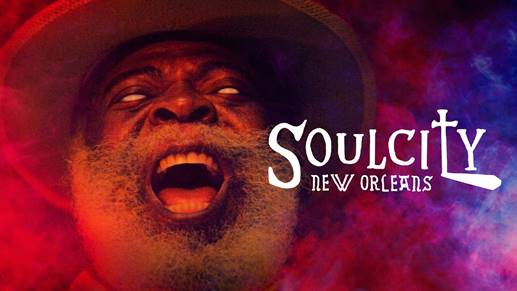 “In the City of a Million Dreams….Nightmares Come Knocking At Your Door.”

Fans of the horror anthology subgenre have had plenty to feast on these past few years. A resurgence of the format has seen success in Netflix’s Black Mirror, Hulu’s Into The Dark and, most recently, horror-specific streaming service Shudder’s Creepshow. The short run-time format allows for creative risk taking in stories that might be a gamble as a full length feature and, often, the result is evidence of a focused passion for storytelling and intention with little to no room for any unnecessary fluff.

Soul City, a new anthology series from the streaming service Topic, delivers its first season of three psychological horror mini-sodes from creators and directors Coodie and Chike. The season specific landscape set to explore multicultural, urban populations: this inaugural season set in New Orleans.
Each of the three episodes are a tight fifteen minutes, each succinctly exploring the New Orleans vibe in different ways. An easy time investment to soak in the ambiance of perusing the city and all its gritty corners, haunts within odd street shops, southern religious fanaticism and dark magic. While there is certainly room for Coodie and Chike to grow as directors within the genre, they’re most definitely a welcome addition to the scene where persons of color still remain a minority despite the demand for representation of the genre’s viewership demographics. Soul City is thrilling for providing a platform to showcase New Orleans on screen as a locale that’s perfect for genre lovers to further examine its lush, spooky history. Coodie and Chike’s previous history within the music video sector brings a definitive confidence in visual storytelling that shines in the series especially in its second episode.

The potential for a revolving city-specific format is intriguing and exciting. Think American Horror Story but regionally based. With New York and Los Angeles so outrageously over-represented on film it’s encouraging to see the possibilities for overlooked cities, domestic and abroad, to be dissected and celebrated for their own unique regional terrors.

SOUL CITY will be premiering on April 30, 2020 exclusively on Topic, the streaming service from First Look Media.