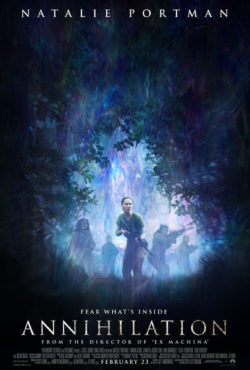 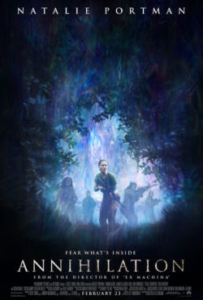 MediaMikes has teamed up with their friends at Paramount to give (50) readers and a guest the chance to be among the first to see the latest film by Alex Garland, “Annihilation.”  The film, starring Academy Award winner Natalie Portman, will be shown on Wednesday, February 21 at the Cinemark Palace on the Plaza in Kansas City, Missouri.  The screening will begin at 7:00 pm

All you have to do is click HERE.  The first (50) readers to do so will receive a pass for (2) to attend the screening.  This is a first come/first serve giveaway.  Once (50) passes have been claimed the contest is over.  GOOD LUCK!

SYNOPSIS: Lena, a biologist and former soldier, joins a mission to uncover what happened to her husband inside Area X – a sinister and mysterious phenomenon, known as THE SHIMMER, that is expanding across the American coastline.  Once inside, the expedition discovers a world of mutated landscape and creatures, as dangerous as it is beautiful, that threatens both their lives and their sanity.