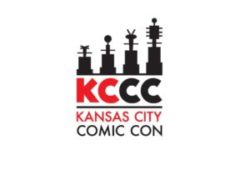 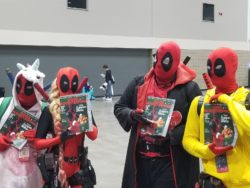 A super reunion and the “Comic Book Men” helped fill the halls of Bartle Hall over the weekend. Kansas City Comic Con, now in it’s third year, saw thousands upon thousands of people pass through the entrance between November 10th-12th.

Fans from all walks of life showed up for the weekend gathering. The “Superman: The Movie” 40th anniversary, which featured a two-hour panel and guests like Margot Kidder, Sarah Douglas, and local Jeff East, was the big draw. The other big draw was a visit by Filmmaker/Podcaster Kevin Smith, Jason Mewes, and the men behind the AMC show “Comic Book Men.”

There was plenty to do, including lively panels, events on the main floor, and meeting celebrities, animators, creators, cosplayers and othersw. During the hustle and bustle, the MediaMikes crew met fans of the website and garnished new fans with a booth featuring “Superman” memorabilia and a few free promotional items.

One Reply to “Another Successful Outing for Kansas City Comic Con”