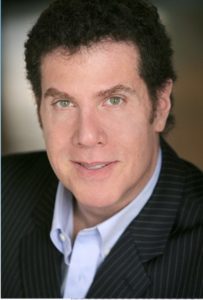 If you are a fan of 70s television, and the stars that made it so memorable, get ready for a new program, available on YouTube, called “Life Interrupted.” Created by Nick at Nite/TV Land veteran Steven Wishnoff, the show tells the story of former child actor Mason Bell, (Mason Reese) whose career peaked at the age of 10. Mason is turning 50 and nothing has turned out quite the way he expected. He lives in New York’s East Village in a rundown studio apartment over the equally run down bar he co-owns with his ex-wife, Ally (Alison Arngrim). Ally left Mason years ago to marry gallery owner Nina Woodworth (Erin Murphy). Adding to the fun is Mason’s former mother-in-law, and landlady, Annie Hughes (Dawn Wells), Nina’s mother Marnie (Michael Learned), Mason’s best friend Oliver the globe trotting rocker (Robbie Rist), a wise-cracking bar maid (Lindsay Heston), a studly dishwasher (Luis Lopez), Mason and Ally’s son, Junior (Robbie Allen) and a bar full of colorful friends. The show debuts February 14th, on YouTube.

Mike Smith: Give our readers a brief introduction to “Life Interrupted.”

Steven Wishnoff: Hmmm. ‘Life Interrupted” was created as a half hour comedy pilot that was shot in late 2015. We began with a Kickstarter campaign and shot it on a small budget. As frequently happens when you’re working with a limited budget, and (when you have) lots of friends doing lots of favors, it took us about a year to finish the show – and actually show it to the cast/crew privately. Soon after that, the decision was made to re-cut the show into a web series. The way the show was written and shot, that was a fairly easy (though time consuming) adjustment to make. And so, about two and a half years after I began writing it, the show that launches on Valentines Day 2017 came to be.

MS: What inspired you to create the show?

SW: I grew up an actor (in NY) doing musical theatre and, like most actors, I had a number of “survival jobs.’ So, while I was working on HBO’s first scripted drama’, “OZ,” I was also working for Nick at Nite and TV Land, writing and producing content in the early days of TV Networks embracing the internet. You see, as much as I loved musical theatre, I also loved television and was a bit of a walking encyclopedia of TV trivia. That kind of memory was really useful at Nick at Nite/TVLand. You have to remember, this was before Google. (laughs) Yes, I’m that old. Anyway, I was one of the online producers for the TV Land Awards. At that show we had former child-commercial actors Rodney Allen Rippey (Jack in the Box) and Mason Reese (Underwood Deviled Ham) making appearances. So I created a bit where we interviewed them together where they supposedly had an East-Coast/West Coast rivalry a la Biggie and Tupac. We had a lot of fun with it and as a result Mason and I became friends and stayed in touch over the years. It’s worth noting here that the TV Land Awards also featured Erin Murphy who played Tabitha Stephens on “Bewitched.” She and I had actually met a few years earlier in the 90’s along with her TV brother, David Mandel, who played Adam along with his twin Greg. Fast forward more than a decade … Mason and I were talking on the phone and he told me that he really wanted to “get back in front of the cameras”. He asked me, “what kind of show would I even do?” and my reply was, “I don’t know I haven’t written it yet.” At that point, a friend and I had recently finished a pilot called “The Legend & Me” which was intended for Marilu Henner and Charlene Tilton. So I got to work on a show with Mason in mind.

The goals for the show were:
-It needed to be something within Mason’s comfort zone. After all, it had been many years since he’d done anything scripted. In real life, Mason had either owned or invested in several bars over the years – and in fact he still was a partner in an East Village, NY bar when I started writing. So I made an East Village Bar a primary location. But then where to go? Well, Mason had been famous as a child actor. So his character was going to have been a formerly famous actor too. And then… Well
-It needed to be a story/plot that would ring true in the real world. Something contemporary, but still familiar enough to be comfortable for an audience. I didn’t want it be a series of one liners or just set-up/joke, set-up/joke. I wanted the humor and interest to come from who the characters are in the world they live in. And so I came up with something relatable – “What if you woke up at 50 and your life wasn’t anything like what you thought it would it be? How would you feel about it?”

And so I wrote the story of a man who had been a famous child actor, but whose life now leaves a little to be desired.

MS: I pretty much grew up with your cast. Just reading that Mason Reese, Robbie Rist, Erin Murphy, Dawn Wells and so many other people that I remember from my youth are involved in this project makes it pretty much, to paraphrase a common expression, “must watch TV” for me. How easy was it for you to get these actors to participate?

SW: Putting this cast together was actually easy… all I had to do was ask. You see, most of us know each other and are friends. Mason and I are friends. Alison Arngrim (who plays Mason’s ex-wife) and I are friends, Erin Murphy, who plays Alison’s wife, and I have known each other since the 90’s, and she, Alison, and others grew up in LA and have been acting their whole lives – and know each other/are friends. Mason and Robbie Rist are good friends and both are very into music (Robbie Rist and I wrote our theme song). I’d known Dawn Wells for a long time and actually produced her interview for The Archive of American Television. Her role (while loosely based and named for a real-life friend of mine) was written for Dawn – from the very beginning – and it is SO NOT Mary Ann! Michael Learned came to us through her publicist, B. Harlan Boll (who also represents Dawn, Alison and Erin – and is a dear friend of mine). I wrote Michael a letter asking her to read the script – and she called me within 48 hours to tell me she was in. Robbie Allen, who plays Mason and Alison’s son and I were in a short film together (as actors). He is a brilliant talent to watch – and if you look, he bears a striking resemblance to Alison. So for Mason (who is vertically challenged) to have a son who is 6’4″ is very funny. Brandon Cruz and Mason have been friends for years, and Brandon and I had worked together on TV Land Awards one year. The actors who play Julio (Luis Lopez) and Merri (Lindsay Heston) were people I knew and brought in. In fact if you look closely at the party scene, one of Alison and Erin’s friends in the bar is none other than Jeannie Russell (who was played Margaret in the original Dennis the Menace). And behind the scenes were even more friends.

MS: You’re a year older than I am so I’m pretty sure we watched a lot of the same television growing up. Do you have a particular favorite show from your youth?

SW: I had many favorite shows growing up. “Bewitched,” “The Donna Reed Show” (the inspiration for the opening sequence of “Life Interrupted”), “The Patty Duke Show,” “I Love Lucy,” and then later the entire block of “The Mary Tyler Moore Show,” “The Bob Newhart Show,” “The Carol Burnett Show (in fact, all muscial variety shows). I am fortunate to have grown up watching all of Garry Marshalls shows, and then the Norman Lear Shows (I LOVED “Mary Hartman, Mary Hartman” and then “Fernwood 2Nite”). I love good TV.

MS: How long is “Life Interrupted” scheduled to run?

SW: We are rolling out with seven “webisodes” that make up the full pilot of the show.

Q: Are you working on anything else?

SW: I’m always working on several things at once. While I’m still acting, and singing (as often as I’m able) – I have another pilot finished, a one hour series that I’m in rewrites with and am almost done with a feature (a romantic comedy) that I’m particularly proud of. I’ve created a series of “Funny or Die” sketch style shorts for Jeremy Miller (another friend). And there is a stage play that I was originally writing for Patty Duke. Her passing hit pretty hard. I will come back to it at some point, just not right away.