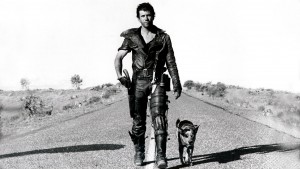 It is easy to dismiss Australia in the grand scheme of things. I mean, they are so bloody far and when everywhere is summer, they have winter and vice versa. All joking aside however, Australia is a home for a long line of an outstanding cinematography pieces that are have easily crossed across the world borders and have been seen by millions of people. This is a short list that contains some of the most memorable, cult-classics that have been born on Australian soil. While you are at it, you can also play with these bonuses on your mobile phone, should you feel a bit aggravated by our picks. Now, let’s begin.

We wouldn’t have Mad Max: Fury Road without this classic piece of action and road rage starring Mel Gibson. In the dystopian future where the world is bereft of resources, a leather wearing-cop is out for revenge. Mel Gibson shines in the portrayal of the ex-police officer who is on a blood hunt of a murderous gang that had killed off his family. Not only is this movie impressive in terms of cinematography and stunts, it was made with such a low budget that might seem unreal today. It also helped propel the career of Gibson and cement Australia as the top countries to visit if you are a speed and adrenalin junkie.

2. The Interview (1998)
Before becoming internationally (meaning Hollywood) famous in the Matrix, Hugo Weaving had the lead role in this amazing drama-thriller called The Interview. While Western audiences might mistake this for an actual work-interview, Aussies will recognize it for what it is – a police interrogation. Intense and mind bending from the get go, The Interview sets you on a ride of mischief where a row of questions and answers lead to blurring the line between what can be, what is and what could be the truth. Weaving’s amazing performance is what makes this movie a must watch and is certain to remain a solid gem for fanatic movie goers.

3. Wake in Fright (Outback – 1971)
A movie’s portrayal of a man struggling to get by in the real world, especially since that world has chewed and spat him out. While the director of this movie was Canadian (Ted Kotcheff) the cinematography, the intense drama and cultural perception was very much Australian. We are talking a real cultural piece that exposed the dark and ugly side of Australia, with elements like racism, misogyny and violence. Audiences worldwide can view this masterpiece again since great efforts have been made to have it re-mastered and available as video on demand.

4. The Cars That Ate Paris (1974)
A film that can be considered as a spiritual predecessor of Mad 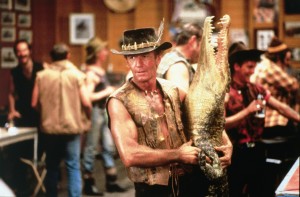 Max, The Cars That Ate Paris is a fascinating story of greed and decadence. The plot revolves around the citizens of a small town in Australia called Paris (didn’t see that one coming, did you) where people have this nasty practice of setting up car crashes for salvage. It is gory, it is violent in its imagery and as the first piece by director Peter Weir, it is one you should not miss.

5. Crocodile Dundee (1986)
What, did you think we would forget about this one? The great popcorn movie that sparked the use of the line “that’s not a knife”, starred Paul Hogan as Mick Dundee and Linda Kozlowski and used the “Australian cowboy” goes to America jibe to poke fun at both the US and their perception of Australians. It was the humorous and quite excellent ride that helped garner fan acclaim throughout the world.