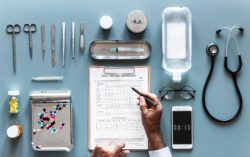 Alcohol and drug abuse remain a source of concern in the United States and the world at large. The American economy loses over $740 billion annually to alcohol and drug abuse. With an aim to control the drugs situation, the government and employers have come together to help fight the scourge by encouraging people to partake in drug testing.

Below are essential things you should know about drug testing.

1. Various methods of testing for drugs

There are multiple methods of drug testing including blood, saliva, hair, sweat and urine tests. Urine test ranks as the most common of the tests mentioned above, thanks to its convenience, effectiveness, and speed in giving results.

Most of us feel dread at the mention of a drug test. A failed drugs test may taint your reputation permanently or lead to the loss of your job. To help you get by with the anxiety of an impending drug test, you may employ a drug test calculator to know your status.

The calculator is a quiz-based application that requires you key in information concerning your drug or alcohol use. Among the questions you must answer include; the last time you used a drug and frequency.

Upon answering all the questions, the calculator determines your chances of passing or failing a drug test beforehand.

We undergo drug tests for various reasons including; a requisite to join school, random requirement for professional athletes, commercial driving among other careers. Anyone suspected of causing a severe or fatal accident while on the job is also likely to undergo a drug test. Some employers conduct random or scheduled drug tests to ascertain their personnel remains drug-free.

4. The period for outcomes varies with the type of test

Upon undergoing a test, you may receive results immediately, within a few hours or after a few days, hinging on the drug you’re being tested on and the method employed. For instance, workplace negative drug test results take 24 hours to obtain results. However, positive results take longer – a few days or a week – as further tests are done to ascertain accuracy.

It does happen that people who abused drugs to test negative depending on; the drug in question, the frequency of drug use, quantity, and age, health, weight, metabolism, among other factors.

Over-the-counter or prescription medications are widely reported to give false positive drug test results owing to their cross-reactivity with other substances. We, therefore, recommend that you mention the use of OTC drugs before a drugs test.

The above five points rank as the most important things we deem a must-know for anyone keen on undergoing a drugs examination. Supposing you hold fears of failing a test whose results may taint your name, consider employing a drug test calculator to determine the possible outcome.