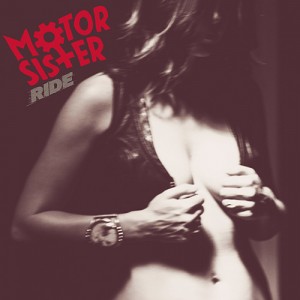 Jim Wilson has a career in the music business spanning almost 20 years. Jim has played guitar for such groups as The Rollins Band, Daniel Lanois and was a founding member of the blues rock band Mother Superior. Wilson’s latest project is a re-visioning of his group Mother Superior named “Motor Sister”. The group which also includes Scott Ian, Pearl Aday, John Tempesta and Joey Vera came together after a one off performance at the Anthrax guitarist’s birthday party. Together Motor Sister have reworked twelve songs from Mother Superiors original catalog and Media Mikes recently spoke with Jim about how everything came together and what it was like revisiting some of the material on “Ride”.

Adam Lawton: Can you give us a little more info on how this group came together?
Jim Wilson: My band Mother Superior was one that Scott and Pearl would always come out to watch when we were playing in the Los Angeles area. I even remember seeing them at a show in Denver. We became friends as time went on and I eventually ended up working with both Scott and Pearl on Pearl’s album. We have a pretty solid history of playing together. I had also worked with Joey Vera in the past on Mother Superior songs as well so we all certainly were connected to one another. Pearl was throwing a party for Scott and she wanted to have me by and do some Mother Superior songs with Scott. Joey also ended up playing that night as did John Tempesta who I knew of but that was about it. Scott picked out the songs for the night and I looked them over and things surprisingly came back pretty easily. This was supposed to be a onetime thing. We never thought that the band would sound so great and be so tight. It was a really great combination that at the end of the night we all wanted to do it again some time. A few days later I found out that Neil Zlozower was at the party and mentioned the show to a friend of his at Metal Blade Records. Next thing we know they were asking us to make a record. Things have just worked so well. I am really lucky and fortunate to be able to play with these guys.

AL: What was it like going back and reworking these songs?
JW: There were a lot of memories that came back from the early years of Mother Superior. We were always on a tight budget when we made those records so to have them still sound good really means something. I do wish some of that earlier production was a bit better but at that time being independent was pretty cool. There was a scene for bands that had a sound that was a bit out of the normal commercial rock sound. The 12 songs on the record are what we played at Scott’s party and were picked by him. That was certainly ok by me as I don’t think I could have chosen only 12. Each of the songs has its own vibe which I really like. We changed some of the original arrangements around but nothing major. John is a double bass master so it was fun to add in some of that. Everyone did what they do and it was a lot of fun. This would have been something entirely different if I had decided to put a new version of Mother Superior together with different people. Everyone in Motor Sister is fans of the original music/band and we are all friends which makes it a lot of fun. This group has an energy that is very infectious.

AL: How did having Jay Ruston produce the album come about? 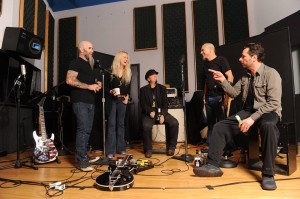 JW: If you go back through the Mother Superior catalog Jay Ruston actually mixed and mastered some things for us. He actually did the original version of ‘This Song Reminds Me of You” and a couple others that appear on “Ride”. We all have known Jay for awhile. I am pretty sure I was the one who introduced Jay to Joey Vera and one of the NAMM conventions which brought Jay into knowing the Anthrax guys. Pearl and I also worked with Jay on her album. It’s just this weird circle of friends.

AL: What type of long term plans does the band have?
JW: We recently played a show in NY and we have one coming up in San Francisco. After that we all sort of go back to our other projects. It won’t be till about June that we all have time to do more with Motor Sister. There are talks of doing a major US tour though with this band. We want to hit all of the major cities. Scott also has this vision of doing 4 or 5 shows in Michigan being that area has such a history with rock music. I don’t know if fans would get the full vibe of our show in a large festival setting as I see us more in a hot sweaty club packed with 300 plus people would be just great! There have also been talks of signing on with one of the summer package shows but we are still in the planning stages for that.

AL: Aside from Motor Sister what other plans/projects do you have in the works?
JW: I will be going out with producer Daniel Lanois as part of his band. I have been working with him for over 10 years now. We get to play some really great places. Daniel had a new album come out in October for which we toured the states in November. In May we will be heading to Europe for a 6 week tour which will be a lot of fun. I am also working on my second solo record. My solo stuff is a little bit darker and a touch more funky.