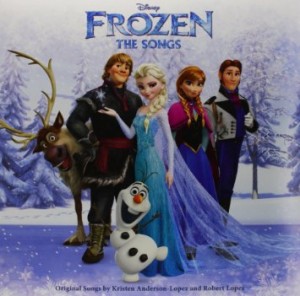 This weekend last year, “Frozen” was released in theaters and started a global phenomenon. The songs has become instant classics. I am a big collector of vinyls and when I saw that “Frozen” was being released as an LP, I was excited. I grew up with vinyls and this allowed me to introduce the format to my daughter. Plus if you don’t own the soundtrack, I mean who honestly doesn’t, this comes with a digital download of the songs.

The vinyl edition of “Frozen: The Songs” features all 10 songs from the Oscar-winning film. There are none of the score tracks on this vinyl, so just the fun music that kids will absolutely love. My issue is that this really isn’t the highest quality LP. It is pressed on 120g and has quite of bit of noise throughout. Also the quality seemed not as crisp as it should and almost muffled. Absolutely my two year old won’t notice but daddy does. So this may be a win for the kids but parents might stick with the CD release.