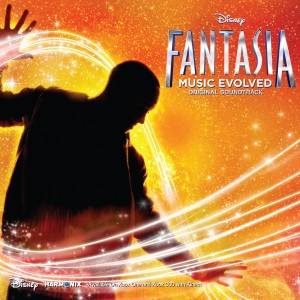 I was very excited when I heard about the game “Disney Fantasia: Music Evolved” coming out. After I saw the track list though filled with today’s crappy pop hits, I was a little less excited. When I think of Fantasia, I think about big orchestrations. Luckily the original soundtrack to “Disney Fantasia: Music Evolved” is what I would expect. It consists of the game’s orchestral themes scored by award-winning composer Inon Zur and the music team at Harmonix. It also includes new performances of classical masterpieces from Bach, Dvořák, Liszt, Mozart, Mussorgsky, Tchaikovsky, Vivaldi and more recorded with the London Symphony Orchestra, Academy of St. Martin In The Fields and Chamber Orchestra of London at the famed Abbey Road Studios.

Sumthing Else Music Works is a rally cool record label that is solely dedicated to video game soundtracks, who also recently released the soundtrack to “Borderlands: The Pre-Sequel”. Even though this music is hearing throughout the game in the background, it is nice to see that it is able to get showcased here on this album. I think that “Fantasia” actually introduced me to classical music and I am excited that I am already able to do the same for my daughter. If you want more tracks, Sumthing Else is also coming out with a “Director’s Cut” soundtrack, which will offer 21 additional exclusive remixes of the classical selections and original score B-sides for collectors. The Director’s Cut will be released for digital download exclusively on Sumthing.com.