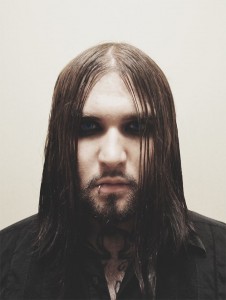 Weston Cage is no stranger to the entertainment business. The son of Hollywood heavy weight Nicholas Cage, Weston has dabbled in everything from acting and soundtrack scoring to fronting his own underground metal band “Eyes of Noctum”. Weston’s newest project is his first solo music effort simply titled “Wes Cage”. Media Mikes had the chance to speak with Weston recently about the project which he describes simply as “Ghost Metal”.

Adam Lawton: What can you tell us about your new single?
Weston Cage: “Tell Me Why” is one of those songs that is very different from the rest of the tracks on the album. The record was written with a specific formula in order to have traditional ghost metal sound. It is true to the essence of what I was going for. “Tell Me Why” has a lot of classic roots as it’s a little thrashy while the chorus sticks out. We used a detuned piano in the background along with a lot of industrial elements. My wife wrote the lyrics which are sort about this tortured individual. What’s amazing about the interpretation of the song is that the lyrics can be taken in any way that the listener wants.

AL: What was it like working with your wife on the song lyrics?
WC: It was very refreshing. It was easier for me as the lyrics I write tend to be a bit wordy. Sometimes we have to go in and sort of Frankenstein up my lyrics to make them a little more workable. Having Danielle come in for this track was really great.

AL: Can you tell us about the decision to shift from being in a band to being a solo artist?
WC: I definitely wanted to cater to a larger audience. I also wanted to experiment with some things that are disliked in the black metal genre. I wanted to add more industrial elements and draw on some of my world influence. I wanted to be able to just explore a little more. The other tracks on this new album have more of a symphonic/industrial element to them. Again I just really wanted to be free to explore my influences.

AL: What type of process do you take creatively when working on new material?
WC: It’s a pretty interesting process actually.  I am very unorthodox. I meditate and, during meditation I go so deep that I start to hear things which stem from the unknown. I might hear a melody or something and then elaborate from there. Before I know it I have two or three riffs and the rest of the song starts to come together. I use a variety of instrumentation while creating. 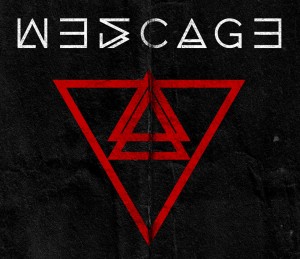 AL: Coming from a family mostly known for film what do you think it was that sparked your interest in music?
WC: Music has been a passion of mine from very early on. When I heard some of my great grandfather and great uncles music I got inspired. Some of that music from “The Godfather” really sparked my interest. As a kid there was always music playing in the background. Everything from Enya to Nine Inch Nails along with other music that had these vast array of sounds. Those definitely planted the seeds in my blood.

AL: Can you tell us about some of the other projects you have in the works?
WC: I have quite a few films lined up right now. I have one that will be shooting Portland that is sort of like a grittier version of “Harold and Kumar”. There are a few others that will be quite interesting as well. One film is dealing with Babylonian/Sumerian history. Musically has been pretty focused on this new solo stuff. On average I have been writing about 15 songs per month. Right now I think I have enough material for 4 more albums.  It will be the gnarly reduction process that I have to get myself through to get rid of the songs that maybe aren’t the best.