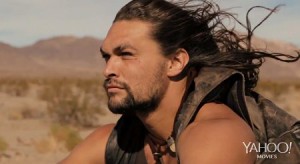 You might know Jason Momoa from his amazing role of Khal Drogo in the first season of “Game of Thrones” and for playing the lead role in the 2011 remake of “Conan the Barbarian”. He is also rumored to be playing Aquaman in DC Comics’ upcoming films like “Batman v Superman: Dawn of Justice” and “Justice League”. Media Mikes had a chance to chat with Jason about his latest film “Road to Paloma” and what we can expect.

Mike Gencarelli: “Road to Paloma” is your first film as director, writer, and producer and you also star in the lead role; how was it wearing all these hats?
Jason Momoa: It was one of my greatest achievements. It was also one of the funniest things that I have done. I work on so many sets where there are just tons of people. We did this film with a very small crew and a bunch of my best friends. We went out bought all the equipment and just did it. I just wanted to show the world my vision. The acting wasn’t really a stretch for me but putting the movie together was the main challenge for me. I loved doing it on this very small level. It was almost like doing theater. We would rehearse and rehearse and once we had the right light, we were ready to go. Stanley Kubrick once said you can spend 10 years writing a script and then you have to shoot it in 10 days. I just wouldn’t want to do that. I would rather take less money and have the freedom.

MG: This is a road movie, so let’s talk about the journey as an actor/filmmaker that you took with this film?
JM: It was crazy. I just want to go back to acting…I will be in my trailer [laughs]. No but, it is like having a child, really. We called it the never ending movie. It has taken up 3 1/2 years from start to finish but most movies do. It was still an amazing experience for me.

MG:I was hoping to see you all set up with full war paint…
JM: You will see it! You see a glimpse in the trailer. We chose not to put it in the film. The scene really grabs you and puts you in the edge of your seat. But the pacing didn’t work well in the film. It will be out on the Blu-ray release though, so at least you can see it. 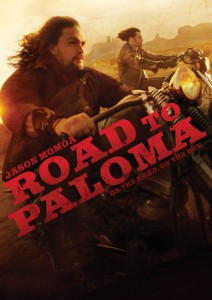 MG:How was it getting to work with your wife Lisa Bonet?
JM: It was great and also very hard. It is scary because these are characters you are playing and you don’t want to give too much of your personal life but at the same time you want it to be real. She killed it though and I was a wreck [laughs]. She is amazing.

MG:How did you get involved with WWE Studios?
JM: They have a huge fan base and they thought there fan would really dig this. It is a beautiful film and really has something to say. I think that is why Michael Luisi and WWE got behind it because it has a lot of heart. It has a little bit of everything action, love, passion, fighting and I like that a lot.

MG:What else do you have in the cards coming up next?
JM: I am working on the passion project of my life. Right now, it is called “Enemy in the Valley”. It is a true story, based in the 1890’s taking place in Kauai. Back in the day, when someone got leprosy, they would just drop them on an island and leave them. There wasn’t proper law. So this is his story about how he defends himself and his family and became a hero in Hawaii. It is a drama period piece. To me it is like “The Last of the Mohicans” meets “The Proposition”. It is definitely my “Braveheart” for my people. It is a dream role for me and I will be directing also. So I can’t wait to get started.