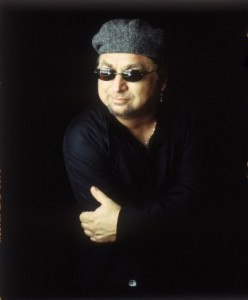 David Paich is a keyboardist, singer, composer, recording producer, and arranger, best known for his work with the rock band Toto. The band has sold over 30 million records and recently released a live DVD and CD titled “35 Year Anniversary: Live in Poland”. Media Mikes spoke with David recently about the live release, the bands staying power after 35 years and their upcoming studio album.

Adam Lawton: Can you tell us a little bit about the bands new live CD/DVD?
David Paich: We are really excited about this release and it has been doing great so far around the world as well as here in the U.S. We shot the concert in Poland as we had played there in the past and our guitarist Steve Lukather had been there more recently in support of his solo record. The fans there are just outstanding and very passionate. With the band celebrating its 35 year anniversary we decided to document the show. We originally were going to shoot in Amsterdam however due to a transportation strike things got pushed back and we decided to go with our original idea of shooting in Poland. We wanted to make this release as much about the fans as it is about the band. We are very lucky to still be able to do what we love.

AL: Were there any reservations about shooting/recording a live album?
DP: We always do. We have never really been a great live video band. We are just a bunch of musicians from the valley. We aren’t rock stars like Aerosmith and Van Halen on stage but we knew it was important that this get documented. When you get to where we are in our career things go from year to year and summer to summer. We had actually done a video the year before this one and it didn’t turn out like we had hoped so it was shelved.

AL: Is the DVD compiled of multi-night footage or is this one show from that tour?
DP: This was a one night shot. When you are shooting over multiple nights it tends to make things harder. Normally you say you are playing three nights at one place and you shoot all three nights and pull the best performances. We got very lucky shooting this one night as the crowd was sensational so things worked out great. We put in a lot of preparation before the show that night to make sure that everything went off without issue.

AL: What do you think has kept Toto relevant 35 years after its initial inception?
DP: I think it’s mainly based on the fact that we can still pull this material off. Our musicianship is at a very high level. That’s us up there playing every note, every night. I don’t think there are a lot of bands still out there like us that have the scope and the range that Toto has. We cover a lot of genres and unless you are listening to a DJ or something like that a lot of bands can’t do what we do during our live shows. The way the music interacts with the crowds is just great and fans get to hear what they hear on the records.

AL: Toto is currently working on a new album. What is it that made you guys want to put out new music when a lot of bands from your era are going out and performing just their greatest hits?
DP: It was a combination of things. We had originally thought that our album from 2004 was going to be our last record. Through a bunch of legal stuff we found out that we had still owed our record label one more album. Instead of throwing just a bunch of stuff on there to fulfill our contract we decided to really put our whole heart in this thing and so far it’s turning out to be one of my favorite Toto records. I think the crowds are going to be 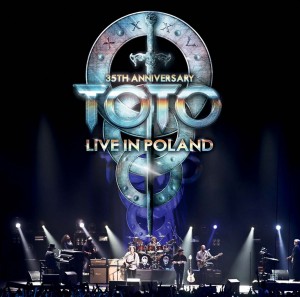 pleasantly surprised by how much this new album reverts back to the sounds on the band’s first album. We really had a “go for it” attitude and we definitely pushed ourselves.

AL: Do you think your level of experimentation on the upcoming record is what will separate it from your 2004 release?
DP: One of the biggest changes was we didn’t have our bassist Mike Porcaro there or Jeff Porcaro for that matter. We were short handed and some of that work camaraderie was missing. When you bring in new players that can certainly be a big change. Keith Carlock has been great on drums and we have been playing with a number of different bassist’s who all have been given Mike’s blessing. Brining in those new elements makes it challenging but were uniquely bonded through music and it has been going great.

AL: Can you tell us about the band’s upcoming summer tour?
DP: We are doing a co-headlining tour with Michael McDonald for six weeks here in the U.S. We are going to be playing on a few different songs with one another each night and its going to be a lot of fun. We are packing the night with all of our hits and we also went back and grab some other favorites from the inner albums as well.

AL: You also do a lot of work outside of Toto can you tell us about some of the other projects you are working on?
DP: I just finished working with a 16 year old guitarist by the name of Andreas Varady. He is managed by Quincy Jones and he is just a great jazz guitarists. I just finished mastering his album which I believe will be coming out in early August. It’s going to be a really great contemporary Jazz album.