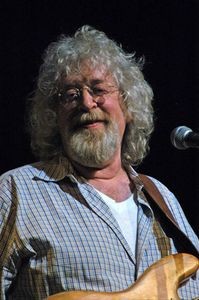 As much as I admire many of the actors, musicians, ball players and others that I’ve grown up watching, I’ve only cried at the death of four of them:  John Lennon, because it was so senseless; Roy Scheider, because he was my friend; Ron Santo, because he was my first “idol” and Harry Chapin… just because.

When I was 13, Chapin’s song Cats in the Cradle came out.  It struck a chord in me that I never forgot.  It was almost like Harry was singing about my father and me.  My son is going to be 31 later this month, and that song still rings true.  Where I was once the little boy that wanted to spend more time with his dad, now I’m the father who has to accept that my son now has a family of his own.  As I got older I became a fan of Harry Chapin’s music and I was crushed when he was killed 34 years ago today, July 16, 1981.

Today, Harry’s music is still being played, the torch being carried by his brothers Tom and Steve and the members of Harry’s band.  I recently asked drummer Howie Fields and bass player “Big” John Wallace a few questions about Harry Chapin and his music.

Mike Smith:  What were your musical backgrounds before joining up with Harry?
Howie Fields: Drum lessons at age 15 followed by a parade of teenage basement and garage bands playing Beatles, Stones. Rascals, Dylan, Kinks, Hollies, Who, etc. Better bands WITH PAY in my college years le 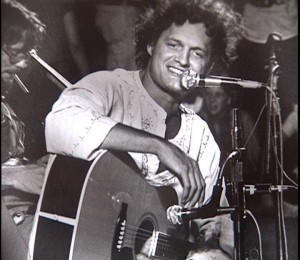 ading up to my entry into Harry’s band in 1975.
John Wallace:  I started out as a vocalist in the Grace Church Choir in Brooklyn, New York, where I met Harry and the other Chapin brothers.  I dabbled with the bass guitar in my teen years and my first public appearance on bass was in my teens when Harry asked me to perform his songs with him in people’s homes in Brooklyn. Fast forward approximately 10 years when he asked me to join his band.

MS: How was Harry to work with – was he open to collaboration when working out his songs with the group?
HF:  That ran the gamut. Sometimes Harry would run down a new song or two and ask us to come up with some ideas during concert sound checks (which he rarely attended) and at other times he would come in with a song and have very precise ideas. The rest of the time it would be pretty equitable collaboration in the recording studio.

MS:  Is there a favorite song you enjoyed playing live?
HF:   “Mercenaries,” “Odd Job Man,” “The Mayor Of Candor Lied”
JW:  Too many to choose from.

MS:  Do you have a favorite memory you’d like to share?
HF:   Quite notably for me, within the run of the show (NOTE – in early 1975 Harry and the band performed on 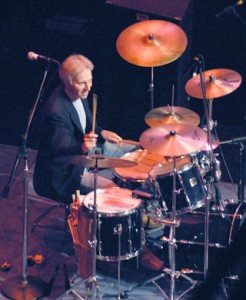 Broadway in a show titled “The Night That Made America Famous” with words and music by Harry.  The show went on to earn two Tony Award nominations), was the night of March 1, 1975. Both Saturday performances were completed and Harry entered the band dressing room and asked Big John if he would come with him to attend the Grammy Awards ceremony at The Uris Theater for which he had one extra ticket and for which he had been nominated as Best Male Vocalist for “Cat’s In The Cradle”. He was also performing the song that night but John politely declined. Harry then put the ticket up for grabs and only after it appeared no one else was taking, I found myself in a cab with Harry, his wife Sandy, and his dad Jim, rushing over to the Grammy’s which had already begun. We entered the building and as we approached the doors leading from the lobby into the actual theater, a young usher (about 20) noted that Harry was overburdened with a guitar (not in its case), a leather bag, and one or two other items. He offered to take the guitar which Harry gladly gave up and then, somehow, as the usher was holding the guitar and at the same time attempting to open the door to the theater for us, he simultaneously dropped the instrument and tripped in such a way that one of his feet came down right on the guitar. So…there the guitar lay…smashed on the ground. It happened in a nano-second and it wasn’t pretty. All I remember at that point was Harry putting his arms around this devastated and horrified kid, saying “Don’t worry about it bro”. He could be like that.

MS:  Harry was killed on his way to perform at a benefit concert.  Did that show ever go on?
HF:  No, that show did not occur but one year later the band plus Tom Chapin did a memorial show on the same stage in Eisenhower Park in Long Island.

MS: Are you amazed that, three decades after he passed away, Harry’s music continues to gain new fans?
HF:   I am, as it’s pleasantly remarkable to me that Harry’s music has endured AND in many circles/families has been passed down to younger generations. The variety of age groups are evident at many of our concerts. 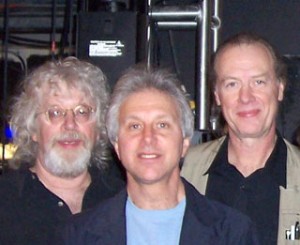 Rock and roll fans take notice:  I first “met” Howie when I was working on a screenplay about Harry’s life.  I contacted Howie and asked him if he had any idea what the set list was at Harry’s last show.  He sent me a copy of it.  Not a list of the songs, but a copy of the actual set list.  Howie runs a web site called “Rock Paper” and I’ll let him tell you about it:

HF:   Rock Paper is a business I have had going for over 20 yrs. It’s an archives of rock music and its two main entities are a complete archives of Rolling Stone magazine, whereby ANY article, record review, concert review, advertisement EVER published in the magazine can be located. Rock Paper has over 10,000 back issues o the magazine going back to the issue #1 (1967). There are also thousands of other back issues available of other classic rock magazines….Crawdaddy, Circus, Creem, etc, etc, etc,

It also has an archive of concert ads cut from newspapers from NYC & the UK.

You can search for whatever you’re looking for at www.RockPaper.net.