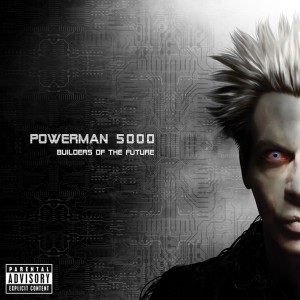 Spider One is the lead vocalist for the industrial metal band Powerman 5000. The group has just recently released a brand new album of original material titled “Builders of the Future” and will be hitting the States this summer with (hed) p.e. Media Mikes had the chance recently to speak with Spider about the new album, the bands creative process and their upcoming video release.

AL: Can you give us some info on the band new album “Builders of the Future”?
Spider One: We are so bad about putting out new material in a timely way. The last album of original material we put out was in 2009 and then we had an album of covers come out which was a bit weird. That covers album was a project that I thought was never going to come out. I didn’t want it to be a record but somehow it ended up being one.  I had thought we were going to do some songs for licensing purposes but then it turned into more than that. That album took up some time but in reality the band doesn’t work in the traditional schedule of record and tour then repeat. We sort of work more off and on. This record was made in bits and pieces and probably if you added up all the time we put into the record it would all even out but this one did take a little longer. I like how we work as it give me time to think about the songs and even try stuff out on the road. We actually started playing the first single off this record “How to Be a Human” over a year ago. We were able to get a good test of how people reacted to it. By the time it came out as a proper single people were expecting it and knew it. We create things sort of erratically.

AL: By working in the way you described do you find yourself revisiting material that at one time you felt was completed and reworking on it?
SO: Sometimes. We do a lot of self editing. You always hear about bands recording 40 plus songs and then narrowing it down to 11. We edit things as we go so by the time we get to the end we have the songs that are going on the record. We don’t end up with a lot of extra material. If something isn’t working we just scrap it. There are some older ideas that made it on the album but for the most part we don’t keep a lot of extra stuff lying around.

AL: Does everyone bring in song ideas or are you the primary writer for the group?
SO: I usually work in conjunction with at least one other member. I play a little guitar but not enough to where I can do everything on my own. I write a majority of the lyrics and handle the arrangements but as far as guitar parts go I might lay out something very primitive and then give it over to the other guys to give it that little something extra. I’m definitely not in the studio creating these songs on my own. Everyone works on the track to make it their own.

AL: Being known as a visual band has there been any talks of releasing a new music video?
SO: We released a lyric video for “How to Be a Human” and we also have a more traditional video set to release for that same song. Things are much simpler these days when it comes to shooting a video. The days of making million dollar videos that at the time were considered “cheap” 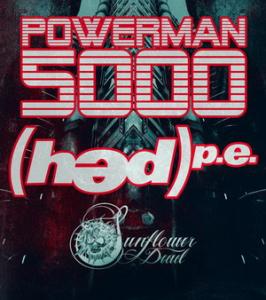 are long gone. If you can scrounge $5,000 to do a video today you’re doing ok. We went very stripped down with this new video and I think it looks really cool. It was kind of a relief to make a video that basically just shows the band playing.

AL: Did you find it harder to capture what you wanted to get across with that limited budget?
SO: You have to be smart about what you are doing. You have to know that you aren’t going to be able to make “Star Wars” on a $5,000 budget. You have to approach things correctly. I have shot videos for other bands as well and it’s pretty amazing what you can do with a smaller budget. You don’t need a huge budget to make a quality video. Things can certainly be more challenging but there are a number of elements that are a lot easier.

AL: Can you tell us about the two versions of the album which are available?
SO: A lot of times with certain retailers they ask for different versions of an album that is sold exclusively in their stores. Obviously the idea is to get the person buying the album to come to their store. We don’t generally have a lot of material lying around but we were able to come up with a couple bonus tracks for a deluxe version of the album which will be available exclusively at Best Buy.

AL: Are there plans to tour behind the release?
SO: We just wrapped up a 6 week U.S. run and we getting ready to head over to Europe for a run of shows over there. We will be hitting a number of the big festivals over there which puts us on bills with ands like Metallica, The Rolling Stones and Prodigy. When we get back from there we will be hitting the States again with the band Hed P.E.