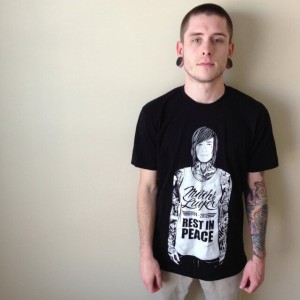 Phil Bozeman is the lead singer for the heavy metal group White Chapel. On April 29th, they will release their 5th full length studio album titled “Our Endless War”. Media Mikes had the chance to speak with Phil recently about the creation of the new album which is probably the most diverse record we have heard from the band yet and also about the group’s upcoming headlining tour with Devil Driver.

Adam Lawton: Can you give us some background on the new album?
Phil Bozeman: We have grown as musicians and are chemistry as a band has certainly gotten better. We were very focused on writing the heaviest and best music we could. We are a heavy metal band but we wanted to incorporate as many of our own influences as we could to help make a diverse record.

AL: Did you find it hard to explore those influences and still stick to the sound and style the band is known for?
PB: It was a bit difficult at times to try something different while still keeping the elements that appeal to our fans the same. I think we are able to get away with everything we did as we paid close attention to make sure that things were still fitting our style.

AL: In a recent press release you stated that the band felt held back when working on the previous albums. Can you tell us a little bit about that and what creative process you took this time around?
PB: We have always worked the same way from record to record. We generally 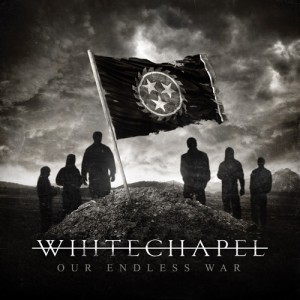 start out by just sitting down and discussing everyone’s different ideas. We all want to take chances and do different things however we don’t want to look bad while doing those things. I think that’s where the bands chemistry really shows as we all work together to put out a great product and it is something we are all happy with. As far as being held back goes in the past there had always been time constraints which limited us a bit. We never had disagreements or anything like that but we always seemed to be under a deadline.

AL: Can you tell us about the bands upcoming tour?
PB: We just finished up a short ten day run as part of the New England Metal Fest. We have a couple shows in Mexico scheduled before we start our headlining tour with Devil Driver. That will take us through the summer.

AL: When you guys are putting together a headlining tour how do you go about choosing which bands will be going out with you?
PB: We always start out by just looking at the bands we like and who we feel would be good to bring out. On a tour like the ones that’s coming up bands submit offers to be considered for a spot and we either accept them or pass.