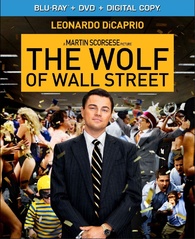 “The Wolf of Wall Street” is definitely not a film for everyone. It is controversial, edgey and 1 minute shy of three hours in length. In fact, the film has also set the all-time record for the use of the f-word in a film, clocking in at 506 times. This is the fifth collaboration between Martin Scorsese and Leonardo DiCaprio and these guys just keep making gold. Leo is supported by a fantastic supporting cast including Jonah Hill, Margot Robbie, Matthew McConaughey, PJ Byrne, Rob Reiner, Jon Favreau and Jean Dujardin…whew, what a cast. I really had a blast with this film. It is vulgar and sometimes (or a lot) offensive but it is quite the ride and it brought me back to watching Scorsese’s equally epic “Casino” on double VHS tapes…that’s right kiddies back when a three hour movie couldn’t find on one Blu-ray. So love it or hate it but this film is a blast and I sugguest you take it like that and not literally like they are trying to support these characters behavior but point out how fucked up that business was in the 90’s (and probably still is).

Official Premise: Revered filmmaker Martin Scorsese directs the story of New York stockbroker Jordan Belfort (Leonardo DiCaprio). From the American dream to corporate greed, Belfort goes from penny stocks and righteousness to IPOs and a life of corruption in the late 80s. Excess success and affluence in his early twenties as founder of the brokerage firm Stratton Oakmont warranted Belfort the title – “The Wolf of Wall Street.” Money. Power. Women. Drugs. Temptations were for the taking and the threat of authority was irrelevant. For Jordan and his wolf pack, modesty was quickly deemed overrated and more was never enough.

Paramount delivered “The Wolf of Wall Street in a combo pack including Blu-ray + DVD + HD Digital Ultraviolet copy. The 1080p transfer is absolutely amazing. You can see Scorsese’s vision the way this film was shot and it just looks great. The DTS-HD Master Audio 5.1 track works so well with the film’s madness and amazing music heard through this film. The soundtrack is actually a favorite of mine as well from the year. The biggest downfall personally for me is the special features. There is literally only one extra included called “The Wolf Pack” It is the basic behind-the-scenes look with interviews from Scorsese, Dicaprio, Hill and a few other cast and crew. This extra is also only on the Blu-ray. The DVD comes bare bones. I would have loved to see a commentary track from any other the amazing cast or director from this film. This release is the case of the film being rushed out on Blu-ray to make it for post-award season.

One Reply to “Blu-ray Review “The Wolf of Wall Street””