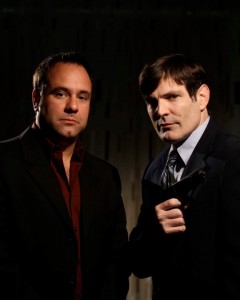 Debuting this week on DVD, “Murder in Miami” has been described as “a sexy, thrilling ode to the classic De Palma films of the ’80s – particularly Body Double.” Media Mikes caught up with the film’s director Will Vasquez to talk about his new film, multi-tasking and his boring early days as a photographer for Playboy.

Mike Smith: Your main character is a photographer. Did you rely on any of your past experiences in creating him?
Will Vasquez: A little of the character and his lifestyle I drew from my past experiences, but I’m not as cool as he is.

MS: While a film director has a flowing canvas to tell his story, a still photographer must do it all in one photo. What was the biggest difference in changing from photographs to film?
WV: Film has it’s challenges, because you have movement and sound to deal with. But it’s much more powerful because film has the ability to mess with your emotions. For me, in some ways, I felt liberated when I transitioned from photography. In a photograph, you’re imprisoned in a single frame, where everything has to be perfect. If you really dissect 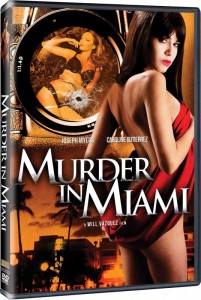 Hollywood movies, you will find errors in some shots, but because the frame changes, the audience doesn’t have a chance to notice them, because they are paying more attention to the story.

MS: You not only wrote and directed “Murder in Miami,” you served as your own cinematographer and editor. Is this because you felt that, as the film’s creator, you knew exactly the look and tone your were looking for?
WV: I love the entire creative process of making movies, and I like to be hands on. Being involved with all the aspects of filmmaking is why I got into this business, and what drives me. The only drawback is that you have to carry the entire film in your head for a couple of years. It feels great when you finally complete the final edit, and you can purge your mind.

MS: Is there a sense of embarrassment on the photographer’s part when shooting photos for publications like “Playboy?”
WV: No, because photographers are there to do a job. At the end of the day, you have to deliver three different looks from your model and do a lot of coverage of each look. You’re not thinking about anything else other than getting the best shots, so you’re eyes are always 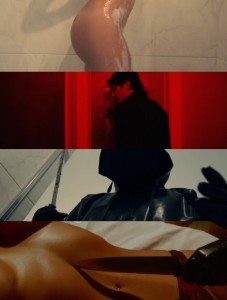 scanning the frame checking the model’s hair, her pose, that her tummy is flat, that she has pretty fingers and her hands don’t look like claws, even that her feet look pretty. Because every shot has to be perfect.

MS: Do you have a favorite “Playboy” model? Or a least favorite?
WV: I worked with a lot of great models, but my favorite has to be Cynthia Kaye.