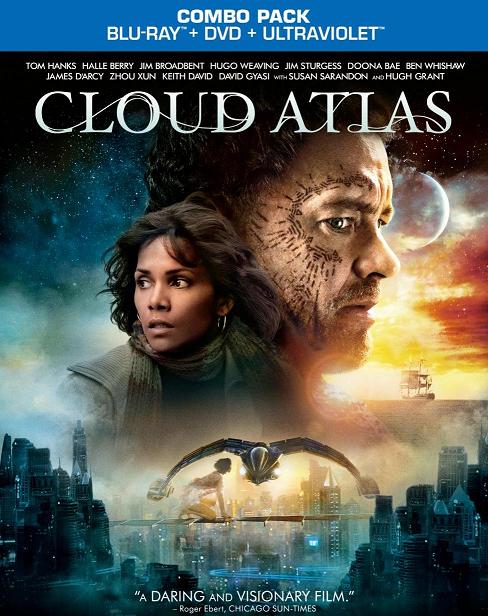 “Daring. Visionary. One of the most ambitious films ever made.” Roger Ebert, Chicago Tribune

ON MAY 14 FROM WARNER BROS. HOME ENTERTAINMENT GROUP

Burbank, CA, February 20, 2013 – Explore how the actions and consequences of individual lives impact one another through the past, present and future when “Cloud Atlas” arrives onto Blu-ray Combo Pack, DVD and Digital Download on May 14 from Warner Bros. Home Entertainment Group. Based on the celebrated best-selling novel by David Mitchell, “Cloud Atlas” is directed by acclaimed filmmakers Lana Wachowski, Tom Tykwer, and Andy Wachowski and produced by two-time Oscar® nominee Grant Hill (“The Thin Red Line,” “The Tree of Life”) and three-time BAFTA Award nominee Stefan Arndt (“The White Ribbon,” “Goodbye Lenin!,” “Run Lola Run”).

From acclaimed filmmakers Lana Wachowski, Tom Tykwer, and Andy Wachowski, the powerful and inspiring epic drama “Cloud Atlas” explores how the actions and consequences of individual lives impact one another throughout the past, the present and the future.

Action, mystery and romance weave dramatically through the story as one soul is shaped from a killer into a hero, and a single act of kindness ripples across centuries to inspire a revolution in the distant future.

· A Film Like No Other
· Everything is Connected
· The Impossible Adaptation
· The Essence of Acting
· Spaceships, Slaves and Sextets
· The Bold Science Fiction of Cloud Atlas
· Eternal Recurrence: Love, Life, and Longing in Cloud Atlas