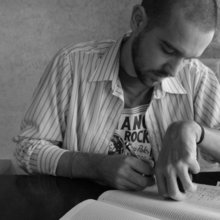 I worked in the movie theatre business for 20 years. In that time I met hundreds of young adults who loved movies and planned to make them some day. But I’ve only had one who, at the age of 17, had already written no less than (5) full length feature films (and I still have the scripts to prove it). His name is Brett Alan Coker and he is now working with Kickstarter to help fund his next project. Hoping to get the word out, Coker talked with Media Mikes:

Mike Smith: Tell us about your new project.
Brett Alan Coker: The project is called “Lenexa (a docu•mys•tory)” and it’s a quasi-documentary. It is going to be done in the form of a documentary. But it is part truth and part fabrications. It is going to be a blend of coming-of-age tales from my own life and made-up stories of characters that I have created over the years with my writings.

MS: Sounds simple.
BAC: I really don’t know how else to describe it other than to say it is hopefully going to be a love letter to Kansas and to the city of Lenexa, as well as a home movie and a mystery.

MS: Talk about the story of “Lenexa”:
BAC: It is all predicated on an suburban legend of a treasure left behind by a group of guys that were petty thieves in the late 90’s. As the story unfolds you receive more and more information 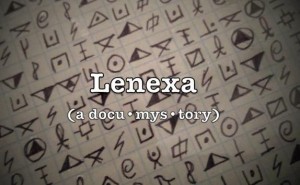 about the guys whom created and left the treasure, as well as deduce what the treasure actually is. If it in fact exists, what it is, and where it is. All the information needed to figure out the truth about mystery of the treasure will be in the documentary. But it is up to the viewer to piece it together.

MS: You’ve written several scripts. Have you filmed any of your work?
BAC: This project, hopefully, will be the first of many. Using the funds I am attempting to raise from Kickstarter.com I will be able to get the equipment and software I need to do this film, and many others after. I don’t know what you know about Kickstarter.com, but it’s a website that helps people crowd source funding for creative projects. It’s an all or nothing thing. I am looking for raise $5,000 by March 11th, 2013. And if I don’t hit that goal, I don’t get a dime. I could have $4,997.00, and if I don’t get the last $3.00 then…nothing.

To give a hand to Brett’s project, just visit:
http://www.kickstarter.com/projects/thebac/lenexa-a-documystory-a-feature-length-film