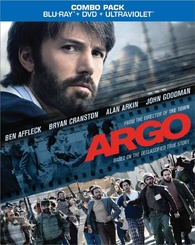 I am not going to lie, when “Argo” was released in theaters I was not very interested in seeing it.  But after viewing it, I have to say it was the most thrilling and engaging drama that I have seen throughout 2012.  Ben Affleck has proved that he is a director to reckon with after “The Town” and this even trumps that.  The acting in the film is A-grade and everyone involved with this film deserves recognition, especially Alan Arkin and John Goodman. They were amazing in the film and if you do not agree then you can “Argof*ck yourself”.  Sorry couldn’t resist.  Seriously though, I highly recommend catching this film for sure and I just can’t wait to see what Affleck has planned next and how he plans to out due himself after this fantastic film.

Official Premise:  On November 4, 1979, as the Iranian revolution reaches its boiling point, militants storm the U.S. Embassy in Tehran, taking 52 Americans hostage.  But, in the midst of the chaos, six Americans manage to slip away and find refuge in the home of Canadian Ambassador Ken Taylor.  Knowing it is only a matter of time before the six are found out and likely killed, the Canadian and American governments ask the CIA to intervene. The CIA turns to their top “exfiltration” specialist, Tony Mendez, to come up with a plan to get the six Americans safely out of the country.  A plan so incredible, it could only happen in the movies.

Warner delivers a very sweet Blu-ray/DVD Combo with an UltraViolet Digital Copy.  The 1080p transfer is fantastically presented, while still able to keep the 70’s/80’s feel of the film. The DTS-HD Master Audio 5.1 audio also delivers one hell of a track. Alexandre Desplat’s score really gets to shine as well and adds quite a lot of tension for this film. Overall, this film packs a very impressive release in the audio/video department.

The special features are quite impressive as well.  Let’s start with the “Picture in Picture: Eyewitness Account”, which is the bet of the bunch.  It includes interviews with key people from the Iran hostage crisis, including survivors Tony Mendez, as well as President Jimmy Carter and many more. The audio commentary track with director Ben Affleck and writer Chris Terrio is also not to be missed. It is very engaging and informative.  If you enjoyed this film then both the PIP option and commentary track are highly recommend for repeat viewings.

“Rescued from Tehran: We Were There” is another engaging featurette with interviews from President Carter, Tony Mendez and more as they chat about their experiences.  “Absolute Authenticity” is a featurette with Affleck chatting about how much work went into this production. “The CIA and Hollywood Connection” is a chat with Affleck, Terrio, Goodman, and Mendez as they discuss the CIA working with Hollywood. Lastly, “Escape from Iran: The Hollywood Option” is the 2005 television documentary focusing on the 25th anniversary of the film’s event, presented in standard definition.

“ARGO” available on Blu-ray Combo pack, DVD and for download 2/19!