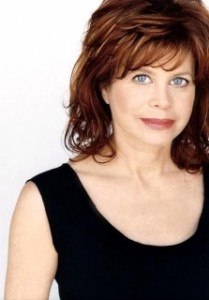 Twink Caplan is best known for her role of Miss Geist in “Clueless”.  She also had a fun role in this year’s raunchy comedy “Tim and Eric’s Billion Dollar Movie”.  Media Mikes had a chance to chat with Twink about her role in the film and reflect on playing Miss Geist.

Mike Gencarelli: Tell us about working with Tim & Eric in “Tim and Eric’s Billion Dollar Movie”?
Twink Caplan: Working with Tim Heidecker and Eric Wareheim in “Tim and Eric’s Billion Dollar Movie” was insane fun. We had met a few years earlier when I worked on “Tim and Eric’s Awesome Show.” It was a huge compliment to find out the duo had me in mind while writing the role of Katie. The cast was impressive with Will Ferrell, Zack Galifianakis, John C. Reilly, Jeff Goldblum, Robert Loggia, Will Forte… I was excited to play the lead female in this glorious company of men.

MG: The duo are know for their bizarre comedy, where you aware of this before coming on board?
TC: Reading the script I couldn’t wait to start. I was in my 60’s playing the older woman girlfriend of Eric, who is in his 30’s. 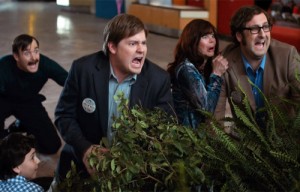 MG: What did you enjoy most about playing Miss Geist in “Clueless” movie?
TC: I loved the 40’s fitted clothes and stunning wedding dress Mona May designed for me. The character was humble and sweet and playing opposite Wallace Shawn was the topping on the cake. Hiring Paul Rudd and watching his career blast off. Alicia was adorable and Donald was a ball of energy and Breckin and Brittany were so funny….and gorgeous Stacey…I loved working with the entire cast and we were very close. I’m working with Stacey Dash now playing her old school agent in “Stacey Dash is Normal,” for television. The best opportunity was working with Scott Rudin who is a genius and Sherry Lansing who is not only beautiful but an amazing woman.

MG: …and TV series?
TC: Paramount Studio is luscious and Amy Heckerling and I had Jerry Lewis and Dean Martin’s bungalow. It was brilliant. We continued to do the Clueless series and I was one of the Executive Producer’s as well as playing the role of Miss Geist. It was fun casting the Guest Stars and meeting new actors and its always fun to be able to be in a position to grant wishes. 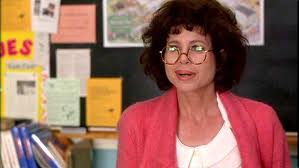 MG: How did you meet Amy Heckerling and work with her on various projects?
TC: I met Amy Heckerling at Warner Brothers. She had just finished filming European Vacation. We hit it off immediately. We were yin and yang and it was a perfect match! Our working relationship continued for twenty-two years. Amy is a wonderful friend and very clever. I loved her writing and knew she was special. They say a happy set starts at the head of the fish and our sets were always calm and happy which speaks for Amy.