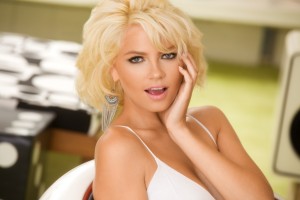 Britany Nola is a music blogger and actress. She is also Playboy’s Miss November 2012 and recently co-starred in the film “American Ecstasy”. Media Mikes had a chance to chat with Britany about her photo shoot for Playboy and also her love of music.

Mike Gencarelli: What made you want to pursue modeling?
Britany Nola: When I was in high school I started taking some college level classes on the weekends. I met and became friends with a girl who was a model and she suggested I give it a try. I went to a modeling agency and after meeting with them they signed me. Modeling wasn’t something that I had a desire to do. It was just something I tried and ended up liking so I stuck with it.

MG: What has been the highlight of being crowned Playboy’s Miss November 2012
BN: It was quite different because you get a bit more recognition. In the fashion world you’re mostly known by people within the industry. With this you’re seen by a variety of people.

MG: What was it like meeting Hugh Hefner for the first time?
BN: He is very sweet and intelligence. Hugh has great taste in movies. When I first met him he came down with two of his girlfriends and he was just really kind. You don’t really know what to expect but it was great.

MG: Can you tell us about the idea behind the theme of your photo shoot?
BN: The set was made up of all vintage pieces from the 60’s/70’s. We shot the centerfold first and they 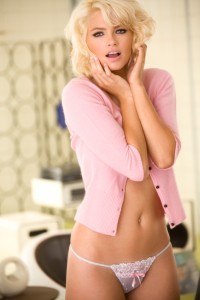 had placed records all around me. Jane Berkin is one of my greatest idols so I asked if they had one of her records to put in the shoot and they did. That made me feel better and I was ready to shoot. Having that record and the look of the set with all the white was just really cool.

MG: Can you tell us anything about your role in the film “American Ecstasy”?
BN: That film was directed by Jonathan Leder and is a black and white art piece. I play an exotic dancer who falls in love and then her lover disappears. The film tracks the downfall of losing that person. We shot the film in Tampa, FL.

BN: Can you tell us about your work as a music blogger?
MG: The person I blog for contacted me last year to see if I would do an interview for his blog. After talking back and forth for awhile he said he liked the way I wrote and asked if I would be interested in writing something for him. We have never met in person as he lives in Australia but we have a great Skype relationship. Whenever I have a problem or am not feeling too good I call him. He is my cheerleader. It’s a cool and modern relationship.

MG: What do you have planned next?
BN: I am going to start taking some acting classes to sharpen up my skills some. I am going to keep modeling and see where that takes me but I really would like to start going on acting auditions.