AL: Were you allowed to experiment with your character at all?
SL: We really did get some freedom within the structure of the film. My big scene is at the very end of the movie. Chris gave us the frame work and allowed us to do whatever we wanted within the boundaries of the 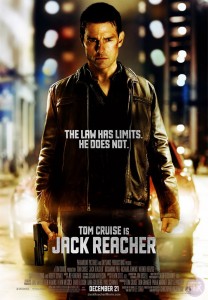 scene. We talked over a few different ideas and went from there.  We sort of did things in the moment. To be allowed to do that on this caliber of a movie was very unique.