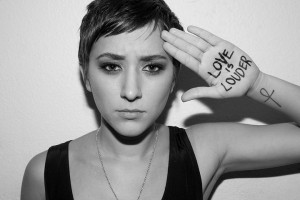 Zelda Williams is daughter of actor and comedian Robin Williams. She co-stars in the new film “Noobz” alongside Jason Mewes, Blake Freeman, Matt Shively, Moises Arias and Casper Van Dien. She is also known for appearing in Nintendo’s television commercials for the Nintendo 3DS game “The Legend of Zelda: Ocarina of Time 3D”. Media Mikes had a chance to chat with Zelda about how she got involved with the film, her love of gaming and what she has planned next.

Mike Gencarelli: How you were approached to co-star in “Noobz”?
Zelda Williams: It was like any audition really. I met the director and talked with him about what I liked about the character and the idea to get paid to play video games [laughs]. The cast/crew are really a fun group. With them being such gamers as well, it was like looking for a kindred spirit. So it was a lot easier having that aspect in place.

MG: Tell us about preparing for you role of Rickie?
ZW: [laughs] Thankfully it was pretty easy. Pretty much everyone in the film played a more debauched version of themselves in real life. Rickie is sarcastic and silly but pretty much fairly normal, actually. It was interesting to play the straight man to everyone else goofing off. I really enjoyed it. Especially being able to be the chick gamer in it was also quite fun. Otherwise [laughs], there really wasn’t much prep needed.

MG: Being a gamer yourself, what are you currently obsessed with in the video game world?
ZW: I like playing “Assassins Creed”. I don’t play as much when it is the busy season in L.A. because you can 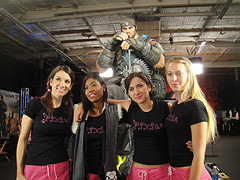 just lose yourself. I was one of those people that would play for 8-9 hours and it doesn’t help you be productive. I still loves games though.

MG: Having a father like Robin Williams, do you feel that comedy comes natural?
ZW: No, not at all [laughs] I think I am really happy that I got his wits. I am quick and snappy but funny is a hard gig. I am happy that I don’t have to be the goofy funny one. I am not speaking a mile a minute and expected to make people roll in their seats. There is a lot pressure in that and it is something that I have avoided for a while. Growing up with comedy, I have an enormous amount of respect for it but is not something that I set out to do.

MG: How was it hosting of the live show “The Legend of Zelda: Symphony of the Goddesses”?
ZW: It was wonderful. I met them because of the Nintendo commercials I did and they asked me if I would be interested in hosting. I had no idea that they had a symphony behind this show, besides seeing it at E3 briefly a few years ago. It was fascinating to me but also scary as hell. I have really bad stage fright. But it was really wonderful. Music has such a connection with nostalgia. It was also great to see parents, who are fans of the game, now bringing their kids. Fans were attending all dressed up. People wouldn’t have assumed that when this game originally came out in the 8-bit world that it would played in front of an audience with a full symphony orchestra. It is interesting to look back and just think that they would have had no idea! 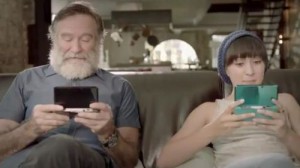 MG: I also a big fan of your Nintendo commercials for “The Legend of Zelda”
ZW: It is actually quite funny; doing the Nintendo commercials we actually had the opposite backlash than you would have expected. I really loved working with Nintendo and I think they are such wonderful people. A lot of people loved those commercials. But the gaming community took the other side of it and immediately starting complaining that I was pretending to be named after the game etc. It was very bizarre since half of the community went up in arms about it. But I found it very funny. They are the same people that I don’t think want to see comedians and fun people acting like gaming competitors in “Noobz”. I get it that the gaming community is very elitist but it is just really funny to me.

MG: Are you able to talk about your role in the third season of MTV’s “Teen Wolf”?
ZW: I am not sure I am able to talk about that just yet. I am good friends with Colton (Haynes) and he let that out a little early [laughs]. But next time we talk I will be able to discuss that more.

MG: Can you tell us about your film “Never”?
ZW: “Never” is a wonderful film. Thanks to Kickstarter, it got its post-production funded. I have never had a project do that and I think it is really great. I have a lot of faith done in crowd-funding if it is done properly. 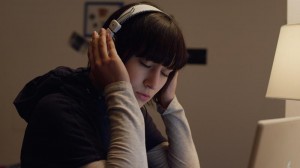 The film itself is really different from projects like “Noobz” or “Teen Wolf”. I play a lonely lesbian character living in Seattle, who is in a band. I get to sing three songs in the film. But it is not a musical though; it is more like “Once” where there is a reason why they are singing. But in this film, a straight guy falls in love with her. They become best friends and that’s where things get complicated. So a lot of it has to do with dealing with their friendship and feelings.

MG: What else you have for 2013?
ZW: The rest of 2013 is just working and writing. I am now writing scripts. I am very lucky to have found the team that I did to work with, since they are pushing them along well. Hopefully I will be going into production on one of my scripts soon.