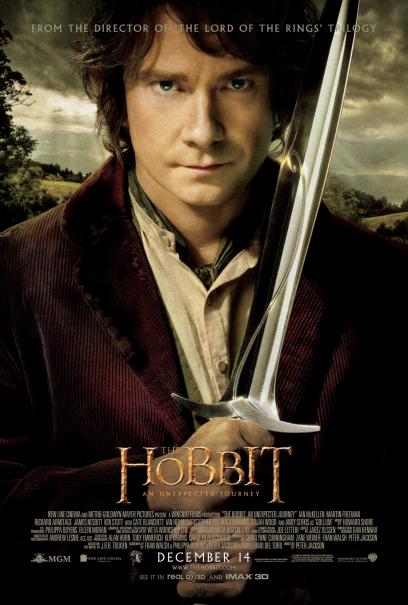 Sometimes we build up our expectations, often to the point that we can never be satisfied. Francis Ford Coppola has made some film masterpieces but they are often compared, unfairly, to “The Godfather.” Michael Jackson’s “BAD” is a great album. But it’s no “Thriller.” After “The Lord of the Rings” trilogy Peter Jackson could have said “sorry, no more Tolkien stories for me.” But he’s back with the first of three films based on J.R.R. Tolkien’s “The Hobbit.” Is it “The Lord of the Rings?” No. But you already knew that.

Taking place about 60 years before the adventures chronicled in “The Lord of the Rings” films, the story begins with an elderly Bilbo Baggins (Ian Holm) writing in a notebook. He is recounting his younger days for other Hobbits to learn from. The story is one of adventure, dwarves and a certain creature who goes by the name Gollum. What follows is a jaw-dropping visual carnival courtesy of Peter Jackson and company!

Full of everything from giant spiders to goblins, from Orcs to a giant dragon, “The Hobbit: An Unexpected Journey” is a two hour-plus adventure into a world never seen before. The tale finds young Bilbo (Freeman) being visited by the great Wizard, Gandalf (McKellen) and thirteen Dwarves, led by the great warrior, Thorin (Armitage). Along the way they come across virtually every creature that Jackson and the people at WETA could devise. And this is the drawback of the film. It is almost TOO crowded with strange and exotic creatures. Like “King Kong” before it, it seems like Jackson decided if it can be made let’s put it on film.

The film is also shot in a process that’s is explained as such: normally film goes through a projector at the rate of 24 frames through the gate per second. Jackson has filmed “The Hobbit” at the rate of 48 frames per second, which gives the film an incredible clarity that is actually off putting for the first 20 minutes or so. However, once you get used to it the images are quite breathtaking, especially during the battle sequences.

There are two more films planned to tell the story of “The Hobbit.” Will they be better than “The Lord of the Rings?” Probably not. But if they’re anything like “The Hobbit: An Unexpected Journey,” that should be just fine.