JawsFest: the Tribute, the second official “Jaws” event to be held on Martha’s Vineyard, ended in high style when the new and improved Blu-ray version of the film was premiered under the start with an outdoor screening at Ocean Park in Oak Bluffs on Sunday night. The outdoor screening had been scheduled for the night before but the threat of rain moved the screening to the Old Whaling Church in Edgartown. It was my pleasure to sit behind Lee Fiero (Mrs. Kintner) during the screening. Each time she appeared on screen the audience would break into wild applause, causing her to break into a big smile. To continue the tradition started at the first JawsFest, our group of fans at the screening went “Rocky Horror” during the film. During the scene where Chief Brody admonishes his son for sitting in his new boat, we all yelled, “Get out of that boat!” in unison.

The past few days have been a whirlwind of activities. On Friday, I visited Menemsha for an exclusive lunch interview with Jeffrey Kramer (Deputy Hendricks) and Susan Backlinie (Chrissie). That the interview was held directly next to the vacant lot that used to house Qunit’s shack made the time together perfect. Friday was also spent walking around Edgartown and being greeted by Media Mikes fans. For those of you that took the time to say hello I want to say thank you for your comments. This site is a labor of love for those of us who write for it and it’s your appreciation of our work that make what we do possible. On Saturday I had the great opportunity to interview Michael MacCormack, a co-producer and the composer of the soundtrack for the fan documentary “The Shark is Still Working.” I also spent a few moments with former Media Mikes interviewees Joe Alves, Carl Gottlieb and Greg Nicotero. Later in the day I met with author Tom Dunlop, best known in the “Jaws” world as having appeared as one of the teenagers in “Jaws 2.” I’m currently reading Tom’s new book for review and will be interviewing him shortly about his career, both on screen and off. Saturday ended with the exclusive screening of “Jaws” on Blu-ray and then a night out in Oak Bluffs with many of our “Jaws” friends.

Sunday morning came early as I was asked by the organizers of the Fest to host a “Jaws” location bus touraround the island. The tour was sold out and the people on board had plenty of questions. They also got an extra thrill when, after arriving at the South Beach location where the film’s opening scenes were filmed, we ran into Erik Hollander, director of “The Shark is Still Working.” Erik very kindly agreed to address the group for a few minutes, even showing the group where the film’s director, Steven Spielberg, had set up his cameras to capture the scene.

After the tour I stopped by the art exhibit of Paul McPhee, who has produced some beautiful items for this years festivities. McPhee is responsible for not only the official Festival poster but also sculpted the shark heads which were featured on the “Shark Preservation” barrels which were available across the island. Also featured were several of McPhee’s original “Jaws” inspired paintings. Another artist well represented was Bill Wieger, who did a beautiful sculpture of the Big Three! 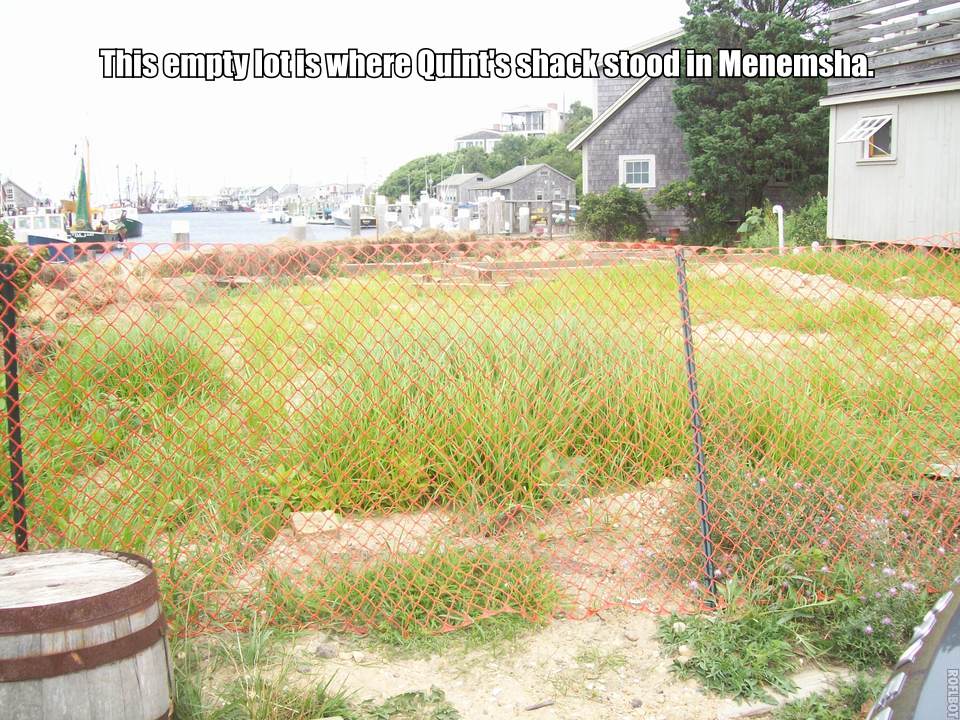 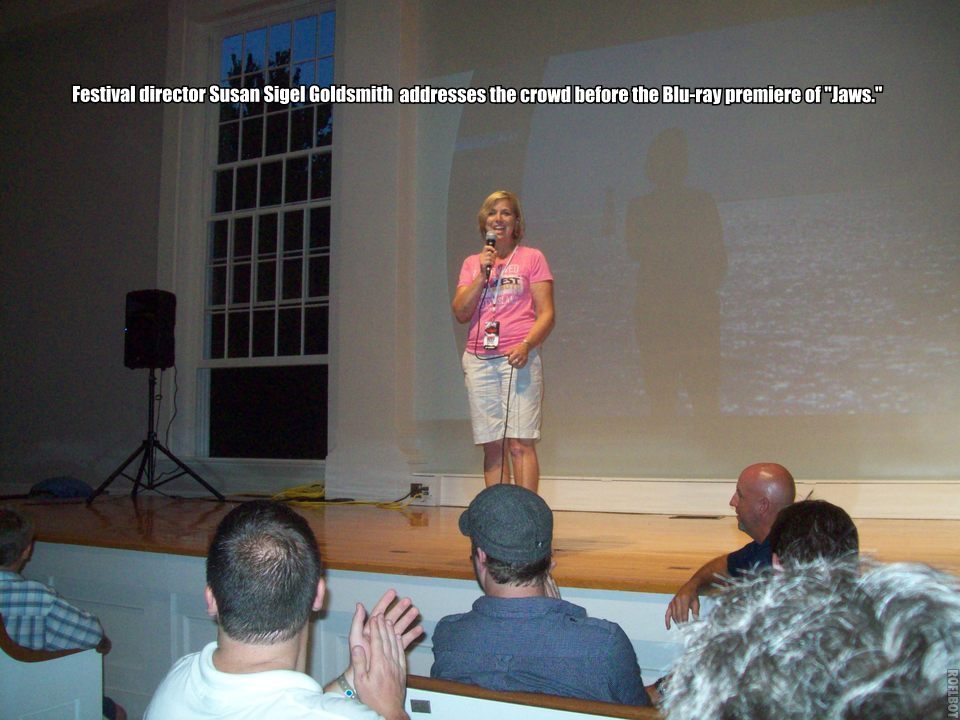 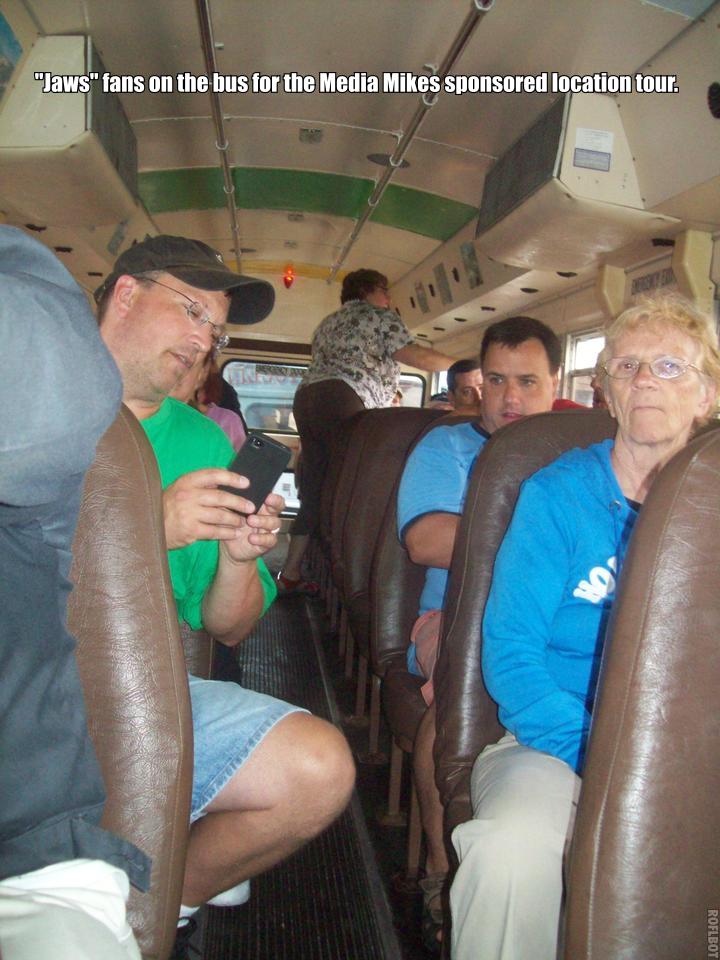 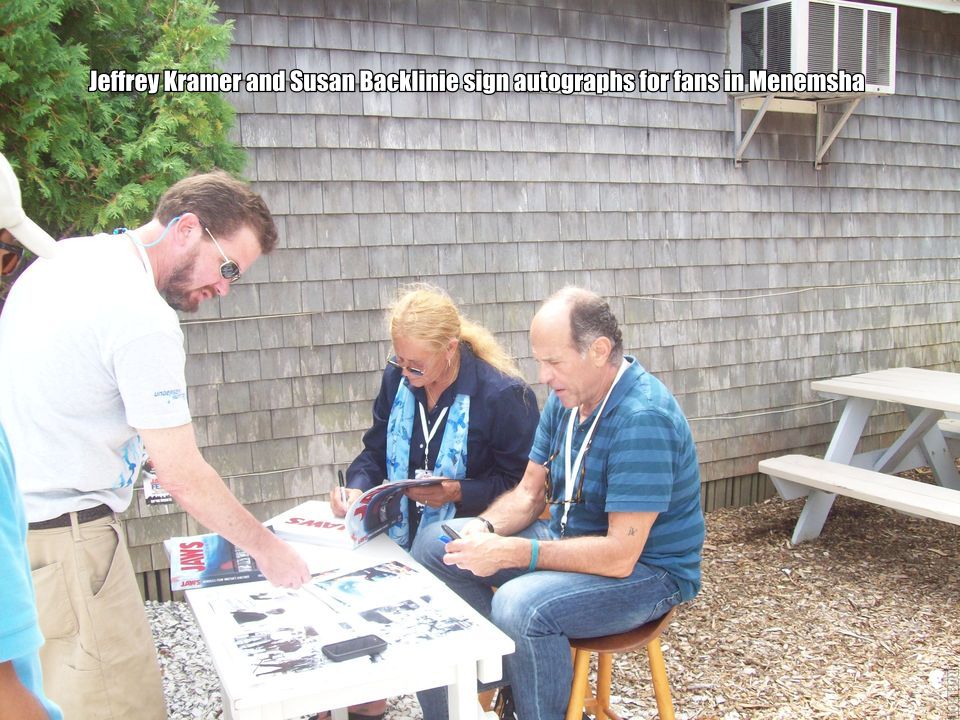 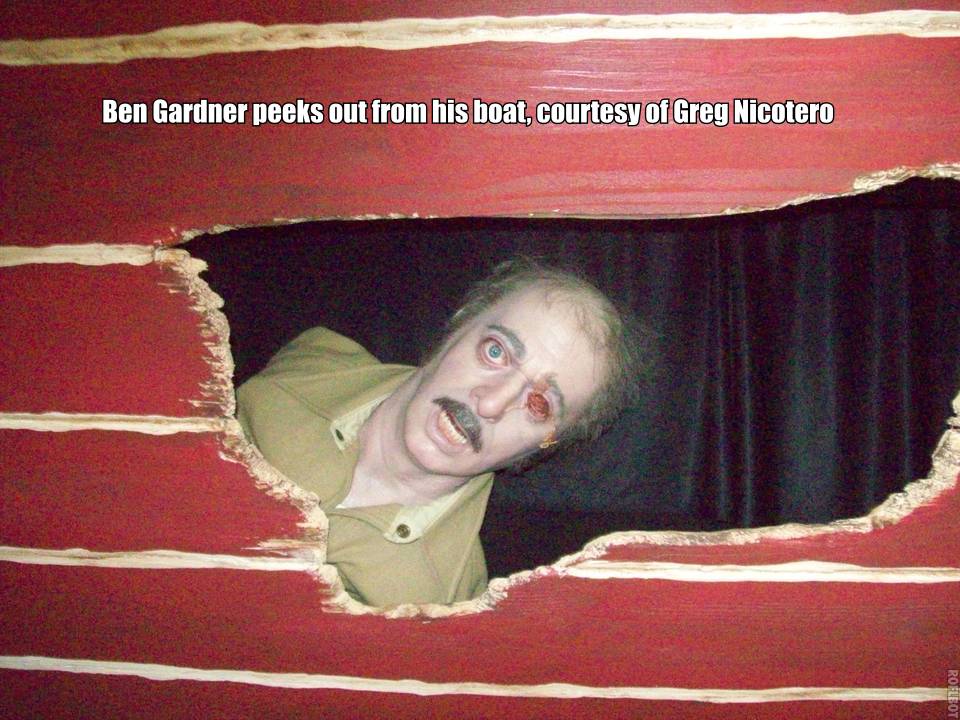 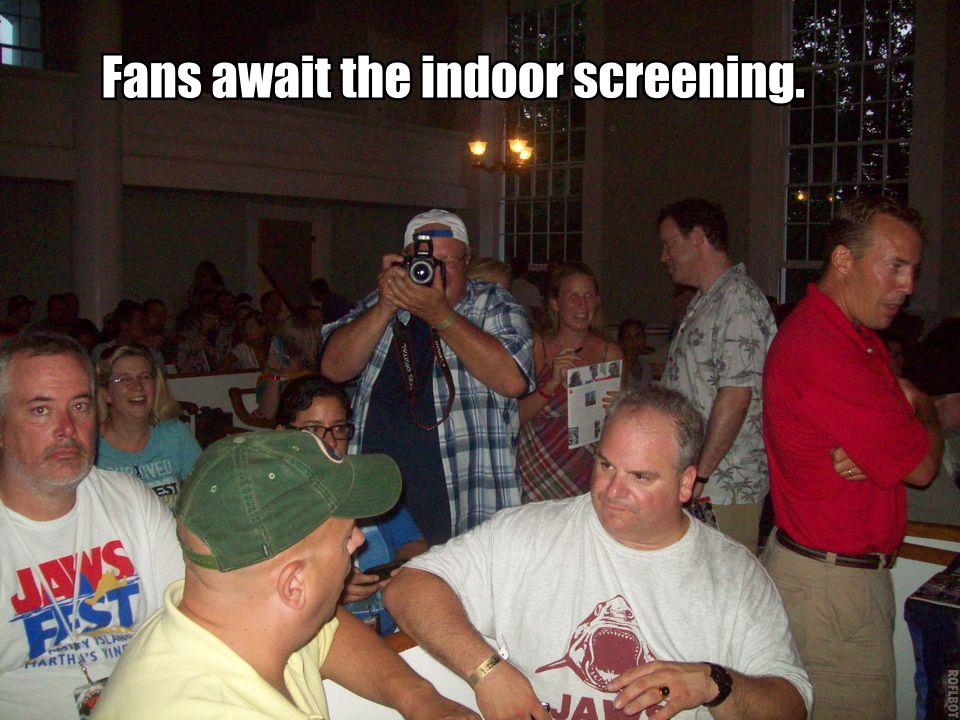