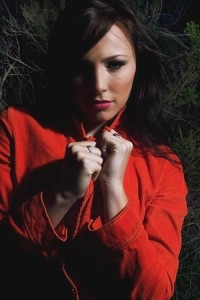 Briana Evigan is known best for her role in “Step Up 2: The Streets”.  She has also worked with Darren Lynn Bousman on recent films, “Mother’s Day” and “The Devil’s Carnival”.  Media Mikes had a chance to chat with Briana about working with Darren and also her new film “Stash House”.

Mike Gencarelli: How did you get involved with working with Darren Lynn Bousman?
Briana Evigan: I think for “Devil’s Carnival” he had already had someone else hired. I don’t know if there were some complications that came up or whatever but he called me last minute and luckily everything worked. This has been probably one of my most favorite jobs so far. I hadn’t read the script or heard any of the songs so I just figured it out as we went along.

MG: How did you first meet Darren?
BE: He had given me an offer for a show titled “Fear Itself”. We met doing that in Edmonton and a couple years passed and a role in “Mothers Day” came up so he gave me that and then “Devil’s Carnival” popped up. We have a great relationship and I think we enjoy working with each other. It’s kind of easy and fun.

MG: Can you tell us about the Ms. Merrywood role?
BE: I am a klepto and I have a problem with stealing. I am a jewel thief that wakes up in hell. I guess it is explained as a sort of shoot out that happens but you don’t see that in the movie. I wake in hell and have to deal with the consequences. I have seen the film once and I thought it was a little bit confusing but I can’t wait to see it again. It’s a journey of everyone trying to get out of hell and into heaven.

MG: Can you tell us about the song you perform in the film?
BE: I have always been a musician. To keep that going I have tried to have songs onsoundtracks and make a little extra cash which is fun. This was really cool because I got to perform a song in the actual movie. Yes you are lip syncing but you still are doing it live. I love the song and I am very lucky.

MG: Can you tell us about your work on “Mother’s Day”?
BE: “Mother’s Day” was very different. To be honest I don’t know if I would want to do another film like that. It was a very dark psychological film. Excuse my language but it was a little too fucked up for me. I really enjoyed it and I actually met my boyfriend on that job. When I watched it back was when I thought that I would try and stay away from movies like this one. It’s a very well done film.

MG: Were you aware of the earlier version of the film?
BE: I was but I hadn’t watched it. I was always told not to watch the originals when working on a remake. It was the same with “Sorority Row”. You can unintentionally start copying people.

MG: Can you tell us about your upcoming film “Stash House”?
BE: I am really excited for this film. Sean Farris and I play a married couple that may have gotten married a little bit too early. Sean’s character ends up buying me a house. What he didn’t know was the house is full of heroin which Dolph Lundgren is clearly in charge of. It was great and super cool to work with Dolph.

MG: Can you tell us a little bit about the training you had to do for your role in “Step Up”?
BE: There was a lot of work that went into that. I originally started off as a dancer/musician so I had a background 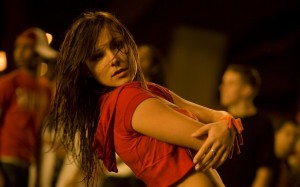 in that. They threw me in with 20 of the best dancers in the world and it looked like I never danced before. I had a month of training. It was really more of learning the routines. The idea was to have everything down so that when it came time to shoot things would be less stressful. There were a lot of hours put in during that month. I remember having to put ice in my bath tub after some of those trainings. It was one of the best experiences in my life.

MG: Do you have any other projects you wanted to talk about?
BE: I have a really awesome project in the works but unfortunately I can’t talk about it just yet as everything isn’t closed up. I am also waiting on a few other things that I really want. Everything looks like it’s going to work out time wise so I will be really excited if everything works out.