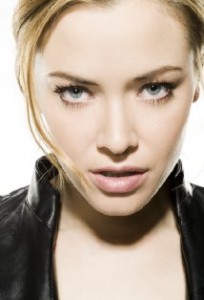 Kristanna Loken is probably best known for her role as the super sexy Terminator in “Terminator 3: Rise of the Machines”. Media Mikes had a chance recently to talk with Kristanna about the upcoming DVD/Blu-Ray release of her latest film titled “The Legend of Awesomest Maximus”.

Adam Lawton: Can you tell us about your character in “The Legend of Awesomest Maximus”?
Kristanna Loken: I play Hottessa. The character is very loosely based on the character Lady Macbeth. She is a princess who will use her powers of female manipulation to get what she wants. Ultimately she wants to be queen. She is a crafty character whose prince is played by Mr. Will Sasso. The film came about from me wanting to do something different. A broad spoof was something I had yet to really tackle. I have done comedy in the past but nothing like this type of spoof. Since then I have done some other comedy work and have really enjoyed it. I thought the script was really funny and that it would be great working with Jeff Kanew.

AL: How was it working with such a diverse cast?
KL: The group was very eclectic and diverse. Ian Ziering was in super great shape and really dedicated to his role. Will was awesome! He is just so quick and funny. Everyone had a really great time. We shot the film in Salt Lake City, Utah which was a really unlikely place. It was fun! 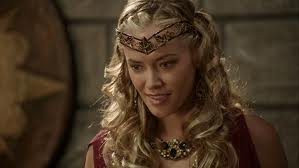 AL: What was it like behind the scenes of the film?
KL: We all stayed friendly after making the film. Will likes to throw parties where we all would convene. It was nice that we were all able to keep in touch. A lot of times you are not able to do that but, Will really made an effort to get everyone together.

AL: What other projects of yours can we be watching for?
KL: I started a production company with a couple of partners called Loken Man Productions. One of those partners is my father. He wrote a script called “Love Orchard” and another partner Farhad Mann who I worked with on “Painkiller Jane” and I collaborated on this film which is inspired by actual events. The film deals with the immigration crisis in America. Bruce Dern plays my dad in the film. We are really looking forward to getting the film out. We hope to get it into some of the larger film festivals. I will also be back for the new season of “Burn Notice”. 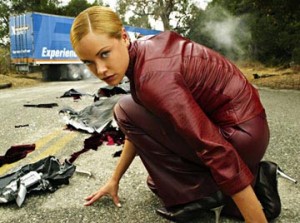 AL: Is it hard working with family members?
KL: It’s been a really amazing experience. The project is something that is very close to all of our hearts. I grew up on the farm where we shot the story. My parents have had this farm for 43 years. It was an amazing opportunity to go back there and to the town where I grew up to shoot this film.

AL: How was the experience of working on “Burn Notice”?
KL: It’s a fun show to be a part of and Miami is a great city. The people involved with the show definitely know what works and what doesn’t. The show has had a lot of success and is going into its 6th season. It’s a well oiled machine. I had fun being a part of the cast.