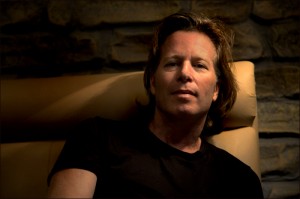 Stephen Nemeth is the CEO of Rhino Films. He has produced films like “Fear and Loathing in Las Vegas” and the recent documentary “Under The Boardwalk: The Monopoly Story”. Media Mikes had a chance to chat with Stephen about his films and what we can expect from him in the 2012.

Mike Gencarelli: Tell us about how you got involved with Kevin Tostado and “Under The Boardwalk: The Monopoly Story”?
Stephen Nemeth: I was speaking a film event in San Diego and he and Craig (Bentley) were there and mentioned what they were doing and it totally peeked my curiosity!

MG: Tell us about getting Zachery Levi to narrate the film?
SN: We all discussed who might be right and for a myriad reasons, Kevin wanted to approach Zach. I know his manager well and reached out to her and we made a deal.

MG: How does process of producing a documentary differ from feature films?
SN: It’s two totally different worlds. In making a feature narrative, you are sliding down a slippery slope if you begin without a finished/tight/strong script. In the doc world, some of the best ones typically begin as an exploratory journey where you just start shooting and the onion gets peeled and you discover something you perhaps didn’t even imagine/can catch lightning in a bottle etc. You also typically do not have the scheduling restraints you have in the feature world.

MG: “Fear and Loathing in Las Vegas” is one of my favorite, tell us about producing this film?
SN: This is a book deal in itself, really, I was offered a book deal in and around the making of this film but ultimately passed for many salacious reasons. ‘Nuff said but an overall amazing experience.

MG: How was it working with Terry Gilliam?
SN: It’s the best and the worst news to get as once he comes on board. You really do need to cede control because he has tunnel vision/very specific ideas of how it will all shake out. He’s a genius, so you sort of just need to let that happen!

MG: I am a big Philip K. Dick fan, tell us about “Radio Free Albemuth”?
SN: I’m really proud of this as its one of if not the only PKD adaptation made in the fiercely independent spirit of the author. It is very raw and authentic…not slick and so 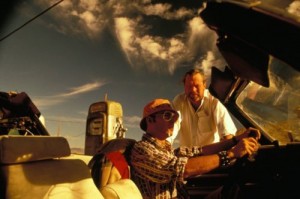 delicious for the purist!

MG: What do you generally look for in a project, when approached to produce?
SN: Is there a reason to make it/will anyone care!

MG: What else do you have planned for 2012 and Rhino Films?
SN: So much!! Prepping “Snake and Mongoose” shooting next month. I have many films on deck and seven documentaries in production. Also, “The Surrogate” gets released by Fox Searchlight in October. So we will have the next seven months promoting that special film properly!