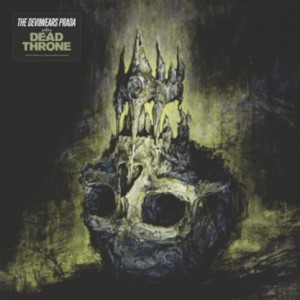 “Dead Throne” is the follow up release to The Devil Wears Prada 2009 album “With Roots Above and Branches Below”. “Dead Throne” features 13 new tracks by the 6 piece metal-core band and was produced by Killswitch Engage guitarist Adam Dutkiewicz. “Dead Throne” is being released via Ferret Records.

After listening to “Dead Throne” the first time through I immediately hit repeat and listened through the entire album a second time. “Dead Throne” has so much to listen to that I needed to play the album again just to take it all in. Each track on “Dead Throne” features a wide array of instrumentation which ranges from break neck shredding to groove filled break downs. Songs like “Mammoth”, “Vengeance”, and the album’s first single “Born to Lose” are shining examples of what the band is capable of. From a production stand point Adam Dutkiewicz did a great job giving the tracks an extremely heavy and full sound making each tack contained on “Dead throne” worthy of cranking from your car while driving in a residential neighborhood.