Before I list my favorites, I have an honorary film, “Star Wars – Episode VII: The Force Awakens.” It narrowly missed being a part of my Top 10 but, as the most anticipated film of the year, it delivered everything I wanted and more. My “Best of” choices:

9. Here I chose (3) smaller films that didn’t gain a wide release but are still “must sees” in my book:

5-7 – A sweet, May-December romance starring Anton Yelchin and Berenice Marhloe that I called, “cleverly acted by a cast that believes in the material.”

Radio America – the story of two men, friends since childhood, who pursue their musical ambitions and learn that sometimes having your dreams come true is costly. Also has a great soundtrack of original music.

Thankfully I was spared many of this years stinkers. My bottom four:
1. Love the Coopers
2. The Last Witch Hunter
3. The Kingsman: The Secret Service
4. Tomorrowland

Loey says they were spared having to watch anything horrible this past year. You can read Loey’s full reviews at www.suchacritic.com

[Editor’s note, an earlier version of this post had Lauren lacking worst picks. She had them.]

The fact that four of these films are based on real people (with “I’ll Be Me” a documentary) doesn’t escape me. “Unbroken” was the most inspirational film of the year in my opinion.

What a horrible month February was. I had the great displeasure of seeing “Winter’s Tale” and “About Last Night” on consecutive weeks.

Here’s what some of our critics are looking forward to in 2015:

Lauren Damon: “Crimson Peak,” “Avengers: Age of Ultron,” “Jurassic World,” “In the Heart of the Sea” and “The Walk”

With another year is coming to an end, we look back at are favorite and least favorite films from the year. To be honest, 2014 was not a huge year for movies, I found that a lot of my choices were littler known titles and not too many of the big mainstream films. I am including some trailers below as well if you are interested in checking any of these out for yourself! So for better or worse, here are my picks for the best and the worst of 2014!

Runners Up
The Congress
Snowpiercer 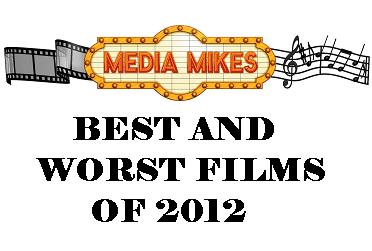 As the year 2012 closes, Media Mikes wants to take a minute to share both the best and the worst films of the year.  Being a film critic personally, I like to rate my best films on a scale of being able to re-watch over and over.  I am not your typical critic that review based on Oscar nominations and box office gross.  I urge you to check out all of my favorites below and steer very clear from the worst! Please feel free to post your best and worst list as well below!! Thanks for all your support throughout this year and get ready for 2013 cause we got some big plans!

The Cabin in the Woods
Cloud Atlas
The Devil’s Carnival
The Hobbit: An Unexpected Journey
Marvel’s The Avengers
Rock of Ages
Prometheus
The Secret World of Arrietty
Sushi Girl
Wreck It Ralph 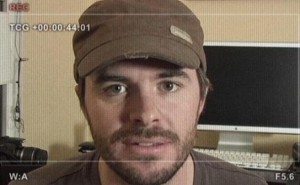 Michael Paul Stephenson is known best for his role in the cult classic horror film “Troll 2”. Since then, Michael has written and directed the documentary about the film called “Best Worst Movie”, which takes a look at the fandom and his experiences with the film. His newest documentary is called “The American Scream”, which premieres on the Chiller Network on October 28th. Media Mikes had a chance to chat with Michael about his passion behind his films and comparing “Best Worst Movie” to “The American Scream”.

Mike Gencarelli: I am a big fan of your documentary “Best Worst Movie”. Tell us about how “The American Scream” was born?
Michael Paul Stephenson: The short answer is that we got really lucky. The long answer is long so bare with me but it is meaningful in terms of how this happened. Not this summer but the summer before we were working on a narrative feature called “Destroy”, which we are planning to shoot next year. So we were in the middle of that, when Chiller Network contacted one of my producers and told him that they were big fans of “Best Worst Movie” and asked “What is Michael doing next?”. My producer kind of scratched his head and said “Let me get back to you!” He called me and told me about this idea for a documentary on people that create home haunts for Halloween aka homemade haunted houses. Right off the bat connected with the idea. When I had originally planned to do “Best Worst Movie”, there was never a question of if it would be good or bad. It was something of a feeling that I had to do it. That is the way I felt about this project. It felt as a director that it would be a very playful place to work. I wasn’t interested in the commercial haunts or the haunting industry but the home haunter is an artist of sorts. True, these people decorate for Halloween but all of that is rooted in creativity and passion for the holiday. I also connected emotional to this, since I grew up in a small town and my neighborhood was very into Halloween. So I had some great memories as a kid.  And so this project just grew from that.

MG: So this project was more of a labor of love for you. Do you find that aspect makes it easier when doing a documentary?
MPS: I think you have to have that aspect, especially with a documentary. I think you have to really love the subject matter and connect with it emotionally. That is one of the fears I had coming off “Best Worst Movie”, there is no way that I am going to find another documentary project that feels as personal or meaningful in the same way. In my opinion, you can’t set out to make an effective documentary if you are not personally invested into it. I feel very lucky that this subject spoke to me in such a personal way. It just seemed like this project was meant for me. The Halloween before this was project was born, my wife and kids live in Los Angeles and we were complaining about our neighborhood. We didn’t know our neighbors and complained that our kids are not going to have the same Halloween that we had growing up. We figured that was the price for living in the city. We ended up though finding three streets in Los Angeles that celebrate Halloween and trick or treating in a very big way. Everyone goes to these streets during the holiday. We actually then moved into that neighborhood! So the timing is just weird but seemed to really work out.

MG: What do you think is it about horror fans that they are so devoted?
MPS: It is passion man. And heart. With horror fans, these are people that love movies. They love the experience that the movie gives them. It is the same thing with hauntings. And it is same thing with anyone that is doing something with heart and passion. You can really get behind these people. It can be boring subject matter but if you find someone that is passionate about it, it is infectious and that is something that everyone thrives for. For “The American Scream”, it just so happens to be about things like home made Halloween decorations and with “Best Worst Movie” it was about a bad movie. At the heart of it all, it is that passion ultimately.

MG: How do you feel that “Best Worst Movie” compares to “The American Scream”?
MPS: That is a good question. There are obviously parallels between both worlds. Ultimately with “Best Worst Movie” it is about passion and also artistry. The same thing for “The American Scream”, there is an artist, there is creativity and also passion. My editor and I joke and say that we have to make one more film in order to complete, the trilogy of artistry in unexpected places. It is true, they are very similar in many respects. The challenging aspect in comparison to “Best Worst Movie” was that it was filmed over the course of four years. It was a hard push, then a break. It was challenging but it was just me and there was not rush. With “The American Scream” I had one month, a ticking clock, from the time we started until Halloween finished. There was no luxury like “Let’s come back next Halloween”. It was a shrinking window every day. My favorite documentaries always have strong arcs. Sometimes with characters a good arc takes time. I wanted to see certain character’s arcs but we had this ticking clock. Also with “Best Worst Movie”, there was no expectations or very low expectations. With “The American Scream” I had to follow up something that really worked. So there were heightened expectations and a lot of pressure with that.

MG: Can you tell us about your other upcoming projects?

MPS: Yeah! We have two projects in the works right now. There is the narrative that is a mix of dark comedy and horror, though more dark comedy. It is called “Destroy”. We announced it now about a year and a half ago. The script actually came to me from Zack Carlson, who is one of the programmers for the Alamo Drafthouse. I got the privilege to know Zack when I was filming “Best Worst Movie”. He was the first person to show “Troll 2” on a big screen. We read the script and just fell in love with it. We start filming looks like around May next year. It is terrifying and definitely a big step. But it is material that I have connected with. It doesn’t hurt that it comes from a writer that I also connected with as well. Then we also recently helped executive produce a low-budget comedy called “Zero Charisma”. It was filmed in Austin and was directed and written by our dear friends and collaborators Katie Graham and Andrew Matthews. Andrew was the editor of “Best Worst Movie” and “The American Scream”, so he is like family. Katie has been a DP on both movies as well. After “Best Worst Movie” premiered, they wrote this film and brought it to us. It is their baby but we have helped them make it. And it should start being submitted to festivals shortly.

What better way to begin the new year then to discuss the good, bad and ugly in film from 2011.  Keep in mind that some of the films that may be honored in the upcoming Golden Globe and Academy Award nominations (“Extremely Loud and Incredibly Close,” “The Iron Lady”) may have only played in New York City and Los Angeles for the past two weeks to qualify them for those awards and haven’t been screened yet.  Just a caveat in case one of them is GREAT and you ask us “how could you leave “THAT” off of your ten best list???

Here are the films the Mikes thought were the best of the past year.  With the exception of the first film noted, in no particular order:

1. “The Girl With the Dragon Tattoo”
“The Artist”
“War Horse”
“The Descendants”
“The Way”
“Moneyball”
“The Conspirator”
“Crazy Stupid Love”
“Water For Elephants”
“Super 8”