The fact that four of these films are based on real people (with “I’ll Be Me” a documentary) doesn’t escape me. “Unbroken” was the most inspirational film of the year in my opinion.

What a horrible month February was. I had the great displeasure of seeing “Winter’s Tale” and “About Last Night” on consecutive weeks.

Here’s what some of our critics are looking forward to in 2015:

Lauren Damon: “Crimson Peak,” “Avengers: Age of Ultron,” “Jurassic World,” “In the Heart of the Sea” and “The Walk” 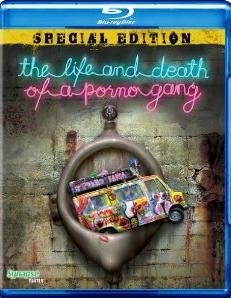 Synapse Films is known best for delivering really great cult classic genre films, which all are beautifully presented on Blu-ray. This Serbian shocker film was more an acquisition, it is also the first film that I regret watching. Now I knew exactly what I was getting myself into prior to watching this but it didn’t make it any easier to swallow (no pun intended…well maybe some). As it is stated this film is definitely not for the faint of heart or easily offended. I am neither of those and yet I still had trouble with this film. Also the running time of almost two hours is just way to long. It might have worked better within a quick 80 minutes. Though if you are a fan of films like “A Serbian Film”, then you might want to check this out.

The Blu-ray presentation looks good enough even though it was shot to look homemade. Like most films from Synapse Films, this comes with a reversible artwork which the flip side is graphic. The special features are impressive and include some decent extras. “Made in Serbia” is a 101 minute feature length documentary focusing on the Serbian adult film industry. There is featurette focusing on the “Making of” this film, as well as some deleted scenes (which were rightfully cut). Lastly there is the theatrical trailer included.

The boys are back! One of the greatest rock bands of all time, Van Halen will rock the Amway Center on Apr 12 2012 at 7:30 pm. The lineup features David Lee Roth, along with Eddie, Alex and Wolfgang Van Halen. They will also be joined by special guest Kool & The Gang. As band, they’ve had more number #1 hits on the Billboard Mainstream Rock Chart than any other in history.

After performing at the world famous Cafe Wha? January 5th in New York City to announce their upcoming world tour, the Big Apple Press roundly applauded as fans and followers posted videos and photos of Van Halen’s unique first show opening. The band continues its campaign with the release of its brand new studio album A Different Kind Of Truth on February 7th.

Van Halen’s new single, “Tattoo” has been played on more than 160 stations since its release on January 10th. Currently, it’s #1 on Billboard’s Hard Rock Singles chart, #1 Most Played Song at Classic Rock Radio in its first week and #1 Most Added song at Mainstream and Active Rock Radio.

A Different Kind Of Truth was released in the U.S. by Interscope Records on February 7th. The album is Van Halen’s first original studio album with singer David Lee Roth since the band’s diamond certified album 1984.

“Van Halen is still one of the most limber bands in hard rock, with a higher center of gravity than most.” New York Times

On Sale: On Sale Now

Buy Tickets: online now here or at the Amway Center Box Office, all Ticketmaster outlets, or by calling 800.745.3000.